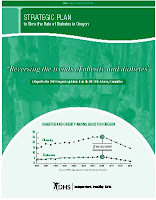 Two State committees have issued reports that show an increased interest bicycling as a priority for the State.

You’d think that the Transportation Committee would have lots of thoughts on bicycles! Update: I was reading a precis of the recommendations; in the full report I note both Scott Bricker & Karl Rohde of the BTA were on the Committee. Drilling into the report, I noticed some BTA language!

They do in fact recommend that the 1971 Bicycle Bill be amended to “increase the required minimum spending level for bicycle and pedestrian improvements within highway rights of way from 1.0 percent to 1.5 percent.” They also have a cluster of recommendations around land use planning, rail, public transit, parking, congestion pricing, and a more sophisticated analysis of car and truck traffic that includes “social and economic costs.”

Alas, bicycling lurks implicitly on the penumbral edges of these. Though bicycling will certainly be involved in these conversations, the report does not name bicycling as central to them. I fear they regard bicycling still as not quite a “serious” transportation option.

Closer to being central is bicycling in the “Strategic Plan to Slow the rate of Diabetes in Oregon,” a Report to the 2009 Oregon Legislature from the HB 3486 Advisory Committee, and published by DHS: Public Health Division.

The report says, “the 2007 Oregon Legislature approved and Governor Kulongoski signed House Bill 3486, which declared an emergency related to diabetes and obesity. The bill directed the Oregon Department of Human Services (DHS) to develop by 2009 a strategic plan to start to slow the rate of diabetes caused by obesity and other environmental factors by 2010.”

For the 2009 Legislature, the report recommends this statutory change (among others):

Participate in legislative discussions regarding transportation priorities and funding, and advocate that health issues including bike and pedestrian facilities be considered.

Looking towards the 2011 Legislature, the report urges that governmental partners,

Together, these point to bicycling as an integral part of a healthy lifestyle, for individuals and for communities, not merely for recreation or for commuting, but as a key part of the way we think of community creation, community maintenance, and mobility.

I am encouraged by the diabetes recommendations, and I hope that there will be multiple conversations in the 2009 Legislature about the different ways bicycling is a good thing.
Posted by Salem Breakfast on Bikes at 11:14 AM