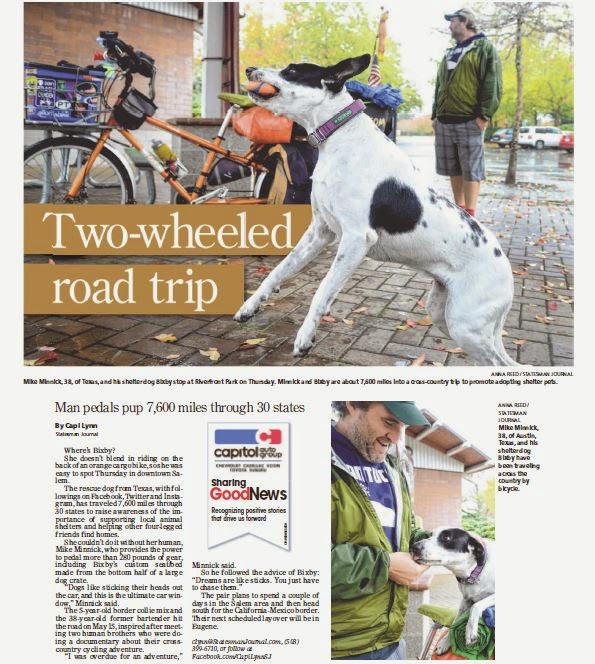 Nice to see the Capital Auto Group's sponsorship of a story about "two-wheeled road trip" with a Yuba Mundo rather than with a Chevy!

Maybe the best part? "Cargo bike" has entered the language and culture far enough that it didn't require additional explanation in the story:

She doesn’t blend in riding on the back of an orange cargo bike, so she was easy to spot Thursday in downtown Salem.

It was just a matter-of-fact detail. That's nice too.

Bixby and Mike were in Portland a little over a week ago, and you can read more about the bike angle at BikePortland. They're headed to Eugene next, it seems.

Altogether they're carrying around 280 pounds of bike + cargo. That's a lot! And all with human power.
Posted by Salem Breakfast on Bikes at 9:00 AM