Hey, there's a nice story on the front page today about the 1919 Legislature and the way they worked around, and sometimes in spite of, their own Pandemic.

When I read though the papers two years ago on the 100th anniversary, and then again reviewed them last year once we had found ourselves in the middle of a real Pandemic, it seemed less clear that there were useful parallels or negative examples to mine from the Legislature's operations and comportment in 1919. Maybe with the session about to commence, a third reading now will turn up more interesting comparisons.

One way I may read them differently now is that on the earlier reading, it had seemed like the main stories were the development of very early public health measures, institutionalizing public health by government action, and the superiority today of our modern medical science. Progress, we had made progress.

Now after the awful fullness of 2020, a reading of the 1918-1919 Pandemic really should attend more to conflict, to the development and limits of of state powers, to the red scare and reactionary right, to our libertarian individualism that checks collective action, and to propaganda and the dissemination of information (both sound and unsound).

I think today's article may still stress too much of a harmonizing reading of the politics and culture then and now and not give sufficient attention to the nature and locations of conflict. We may also still impose too much of a sense of having made progress and of teleology.

Maybe there will be more to say later.

Here's a piece about primitive attempts at vaccines that lacked any understanding of a virus, as well as anti-vaccine sentiment by Senator Pierce, later infamous as our KKK-adjacent Governor. They struck a note of defiance, something that certainly rhymes today.

Back to the exact century anniversary, in the fall of 1920, Oregonians from all over had neglected registering for new license tags. This was before the DMV, and the Secretary of State's office handled it. So on New Year's Eve there were lines for renewals and new registrations. Lines at the DMV are not anything new!

Salem had a new Mayor and Chief of Police, and the Chief had a number of proposals.

From the afternoon paper:

Three changes in the existing traffic laws of the city are to be asked by Chief Moffitt. He will ask that the street commissioner be instructed to mark off alleys on both sides of the street for the parking of vehicles along Commercial street from Ferry to Chemeketa. on State street from Commercial to High, on Court street from Commercial to High, on High street from State to Court, and on Liberty street from State to Court. These alleys would be marked by lines of white paint parallel to the curb and 12 feet from it. Stalls within which vehicles would have to park, would be marked by white lines seven feet apart.

Under this system an average of 16 more cars could be parked in each block than are now accommodated, according to tho Chief Moffitt.

The chief will also ask that the turning of vehicles In the streets except at Intersections be prohibited. Such a provision will eliminate most of the accident In the business section he thinks.

Elimination of a nuisance which has heretofore caused no end of complaint, especial from women who are forced to pass through the nuisance zones and overhear the loose talk current there, is to be recommended by the chief in his suggestion that the "stands" of 'for hire" autos be concentrated on a street other than the principal thoroughfares.

For the protection of pedestrians as well as motor drivers, Moffitt suggests that the sidewalk lines be extended across the street Intersections by means of white painted lines, and that jay-walking be prohibited.

I am not yet positive, but this may be the first proposal in Salem for striping crosswalks and parking stalls on the streets. These will be themes we follow in 1921 as any action hits their 100th anniversary. 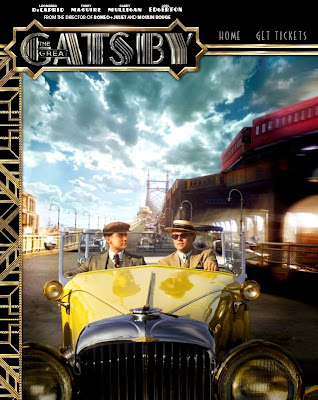 Finally, you've probably seen news that the novel, The Great Gatsby, is entering the public domain. It's not just about gangsters, it's also a novel about cars, our nascent autoism, and car violence:

The "death car" as the newspapers called it, didn't stop; it came out of the gathering darkness, wavered tragically for a moment and then disappeared around the next bend. Michaelis wasn't even sure of its color--he told the first policeman that it was light green. The other car, the one going toward New York, came to rest a hundred yards beyond, and its driver hurried back to where Myrtle Wilson, her life violently extinguished, knelt in the road and mingled her thick, dark blood with the dust.

At least one Salem bookstore advertised it about a month after publication, and the next month there was a notice, a little like a bad high school book report.

A couple of years later it was described as "a fascinating mystery play." Salemites in the 1920s seemed to struggle with it, perhaps in a way anticipating current criticism of the book and its place in the canon.

Previously on the book here:

The history column in the Sunday paper zeroed in on the police and DMV lines also.

This morning's history column in the paper also mentions a couple of the items mentioned here in the January 1st 1921 edition.