The Seattle Chapter of the American Institute of Architects announced that Lead Pencil Studio won the highest award, an Award of Honor, for the Cremains Memorial at the Oregon State Hospital. 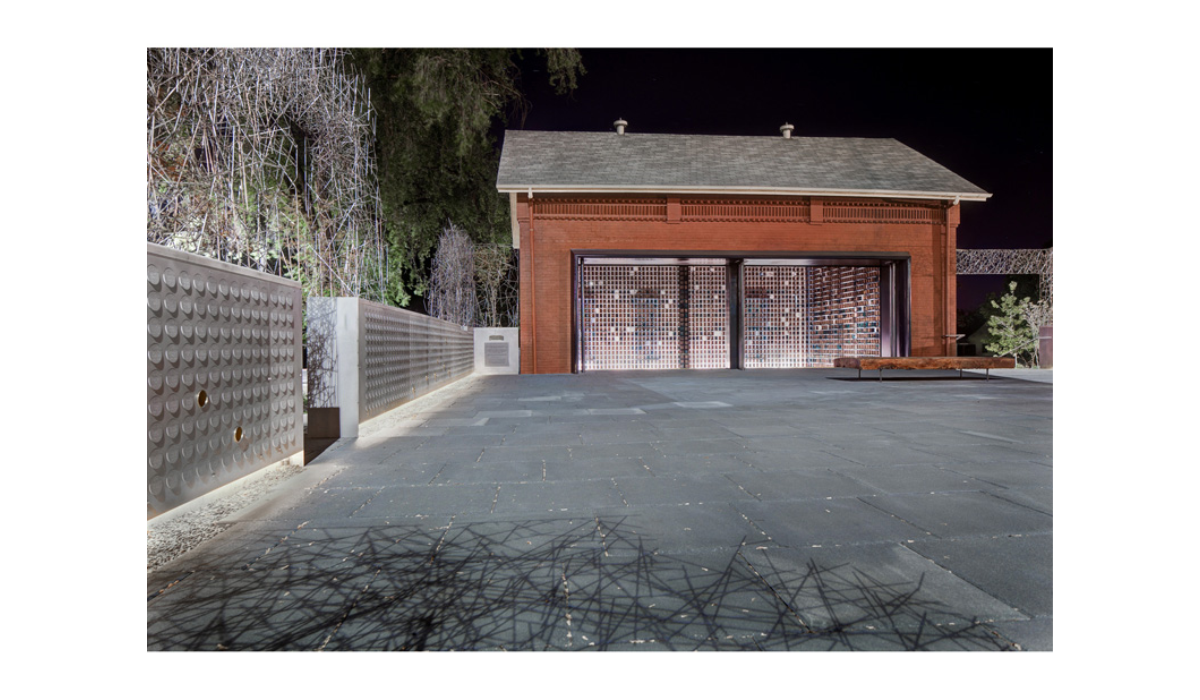 One interesting bit that had been a mystery was the reason a Kohler Company been involved and cited in the credits plaque. (Were there artisanal faucets somewhere?)

Turns out it's a different Kohler and a substantial part of the project:


On learning that the least expensive on-line urn was $100+ and with a multiplier of 3,500, the $400,000 additional budget proved impossible. In response we applied for a residency at the Kohler Company (WI) and worked 3 months last fall in the factory making 3,500 porcelain urns with donated materials.

The architects also note that "31 urns have been claimed since the memorial opened in July."

The jury citation says the project


was unanimously well-received by the jurors as an “elegant masterpiece” in which the architect was privileged to play the role of “crafter, inventor, activist and advocate” to push forward something that they strongly believed in, and an immediate corrective gesture to bring dignity to the dead....The result is the transformational role of the architect which “asks architecture to be better than itself”.

The meta-commentary about the role of the architect is also interesting, though mostly as a guild-insider observation, and perhaps for those who would just visit and experience the memorial the rhetoric is a little overheated. Death, madness, neglect, and ordinary kindness and grief provide all the gravitas that is necessary; and it is the virtue of the design that it doesn't call much attention to the designer. The cans themselves, row on row, speak well enough.

But I think the award is a sign that, short of mechanical failure or vandalism, this project will age well and be regarded more and more as architecturally significant and one of Salem's important sites.

(For previous notes on the memorial and pictures of its progress, see here.)

MWACT meets today and in the minutes from last month's meeting in October is this update from ODOT's Travis Brouwer on "federal and state transportation funding trends."

NB: "flat or declining vehicle miles of travel" and "People are driving less. The consensus is that this trend is likely to continue."

So why is there such a disjunction between this assessment, presumably an official one now at ODOT, and the over-inflated traffic projections that are driving the Third Bridge?

In all seriousness, what would it take for this conclusion to work through ODOT and get to the Salem River Crossing process? What's the hold-up?

They're also fussing about the OTC deleting one of the ConnectOregon V projects, and have asked formally for an explanation why. That it was a simple four-letter word seems invisible in the letter: COAL. The inquiry seems willfully obtuse! So it might be another sign that dealing with climate change and new political realities remains difficult for agencies still using Eisenhower-era models and analytics. Sometimes "the process" seems to run autonomously with its own teleology and doesn't take into account newer relevant information. (We certainly see this on the Salem River Crossing.) Just because a project was ranked highly doesn't mean there might not be other problems with it that the ranking system wasn't structured to take into consideration. The OTC rarely overrules the recommendations it receives, and since they didn't delete the oil train projects, it hardly seems like they deleted this one project lightly.

(The agenda and meeting packet is here. Not sure there's anything really important on today's agenda. Mostly house-keeping things.)


Please come to a public meeting and give us your thoughts! There are four meetings scheduled, and each will be located at Pringle Community Hall, 606 Church Street SE. There is parking available. Dates and times are listed below.

They've also got a survey here.

Think about how you use the park now - and how you'd like to use the park in the future.
Posted by Salem Breakfast on Bikes at 7:00 AM

"So why is there such a disjunction between this assessment, presumably an official one now at ODOT, and the over-inflated traffic projections that are driving the Third Bridge?"

You are confusing cause and effect. The businesses demanding a giant slab of spendy pork are not influenced by traffic projections in the least; rather, having decided that a huge bridge would be extremely profitable and might be salable, they use whatever rationale they can conjure, producing an ever changing list of reasons for the conclusion that they started with.

The SJ posted a note about another award. Americans for the Arts named it one of 31 outstanding public art projects across the country in 2014.

Here's the press release from the Arts Commission -