Council meets on Monday and while garbage rates will probably get most of the attention, two sets of transportation funding applications are also worth notice. 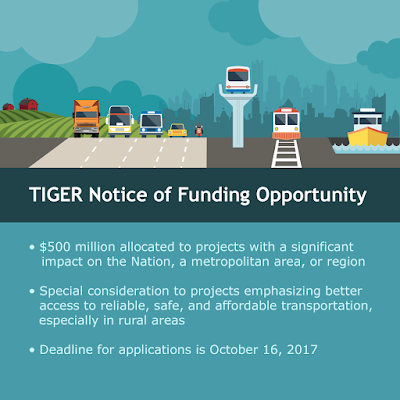 After some real uncertainty, the Feds just reauthorized the TIGER program for another round of funding. Salem has been planning on an application for a large project, so this is good news.

The FY 2017 TIGER program will give special consideration to projects which emphasize improved access to reliable, safe, and affordable transportation for communities in rural areas, such as projects that improve infrastructure condition, address public health and safety, promote regional connectivity, or facilitate economic growth or competitiveness. For this round of TIGER Discretionary Grants, the maximum grant award is $25 million, and no more than $50 million can be awarded to a single State....

This includes, but is not limited to, capital projects in areas which repair bridges or improve infrastructure to a state of good repair; projects that implement safety improvements to reduce fatalities and serious injuries, including improving grade crossings or providing shorter or more direct access to critical health services; projects that connect communities and people to jobs, services, and education; and, projects that anchor economic revitalization and job growth in communities, and specifically those that help bring manufacturing and other jobs.

Salem wants to use one for a complete redesign and rebuild of McGilchrist between 12th and 25th. Earlier I had been thinking the McGilchrist project might not be so competitive. Previous awards had seemed to go to projects that were more innovative, sustainable, and multi-modal. Even though the McGilchrist project would come with bike lanes and sidewalks, it seemed to represent a standard 1980s-style "urban upgrade," and did not meet the standard for innovation in the 21st century.

With the final criteria published, and less stress it seems on innovation, the McGilchrist project appears to hit the marks solidly and prospects seem good for it to score highly:
And now there's the nascent brewery sector.

So it no longer seems fanciful to think that Salem would secure a grant. It's a $23 million project, with lot of drainage and stormwater extra requirements. (But with a $50 million cap per state, it'll be interesting to learn of other Oregon applications.)

Previously:
It's time to modernize McGilchrist, and this year's TIGER might be a good match.

Also the City proposes to apply for Federal funding to replace two of our urban bridges, Liberty over Mill Creek (the angled section of Liberty between Boon's and the new Police Station) and Airport Road over Shelton Ditch (between State Street and Mission).

The Airport Road SE Bridge over Shelton Ditch was constructed in 1954 and has scour deficiencies that have exposed the bridge footings and abutments. In addition, this bridge is too narrow for the existing minor arterial street classification as it lacks sidewalks and bike lanes. This bridge has the third worst sufficiency rating on the Salem eligibility list.

(Interestingly ODOT's "Oregon's Historic Bridge Field Guide" from 2013 does not list the Liberty St Bridge. Is it really that old? See here for more on that.)

Other bridges that score higher on the sufficiency rating, for which the City is not at the moment making application for funding, but which yet remain vulnerable to earthquake are:
Even if by "regular" standards they merely have a few deficiencies, they still need seismic retrofits and we will need to factor these into our disaster prep and future maintenance/replacement obligations if only for seismic alone.
Posted by Salem Breakfast on Bikes at 7:00 AM