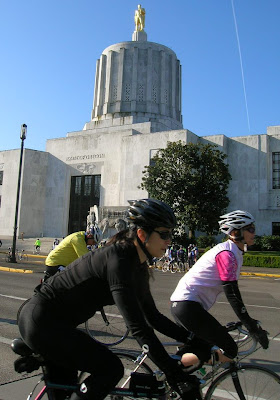 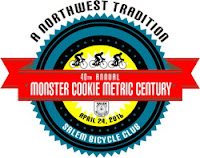 It's here! This weekend marks the formal opening of the wheeling season - and the 40th anniversary of the Monster Cookie.

You've probably already been out enjoying the unseasonable and crazy 80+ degree days we've had, and though it may not enjoy quite the same warmth and sun the Monster Cookie is this weekend, Sunday the 24th. 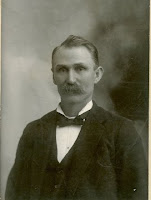 Day-of-ride registration ($30) opens at 8am on the Capitol Mall Fountain.

It's a metric century - 62 miles - through the rolling hills of French Prairie out to Champoeg and back.

Remember Governor Geer, who rode his bike out to Champoeg on May 1st, 1900, to set in motion the establishment of the historical marker and now park!

Maybe this is news to you - but maybe it's not.

Earlier this month, the Portland Bicycle Transportation Alliance announced that they were making some changes to the annual Bike Commute Challenge.


The new and improved Challenge is for new and existing riders alike and it’s all about who can #bikemore during the beautiful month of May (National Bike Month)! And it’s even easier to win this year because every ride counts. That means participants will now be able to log their bike rides to work, the store, or just for fun. If you’re pedaling, it counts!

The change is great to see because clearly the old September BCC wasn't as interesting or as effective as it used to be. Fewer had been participating, and as an "Encouragement" activity, it wasn't encouraging meaningful numbers of new bike riders and scaling the right way. It's helpful also that includes errands and other trips and is no longer just focused on work commutes. Finally, the social dimension of it also better accommodates ride-buddies and other helpers and encouragers. 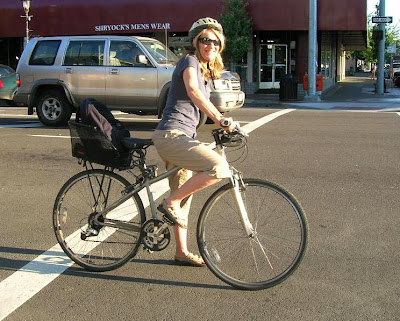 The thing's still mostly Portland-centric, but it can be adapted for local focus.

Some folks are working on some Salem-specific activities - and there may be more to report! 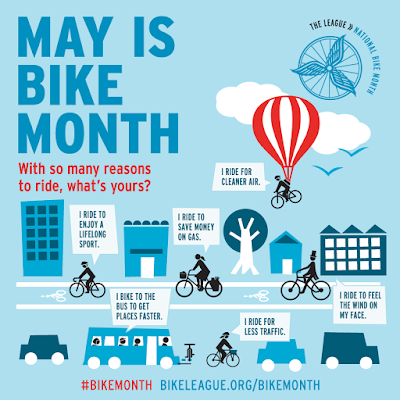 The point of the switcheroo is to leverage better the national event and publicity, and to do a better job of helping people start something at the beginning of fair weather rather than at the end of it. If you're interested in starting to make trips by bike, it's more fun to start in the sun! You experiment and build a habit or routine in the sun, and then there's more momentum for winter and keeping things going, whether on a regular schedule or just occasionally when the sun's out or whatever works best for you. 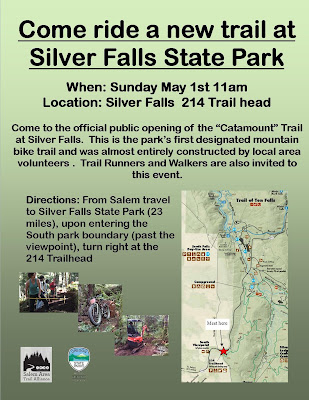 The Salem Area Trail Alliance has been working on a new trail out at Silver Falls, and its grand opening is Sunday, May 1st.

Do you know of other up-coming bikey events? Drop a comment!

The Walk and Bike to School Challenge! Only two Salem area schools are currently registered, Washington Elementary and JGEMS.
Posted by Salem Breakfast on Bikes at 12:01 PM