While we wait for our first public bike system here in Salem (earlier this month they announced another delay), the ability to bolt a smartphone and lock onto just about anything makes rental mobility in general a rapidly evolving field. Public bikes seem like they are accepted and will continue to be refined, but are no longer very novel at all. The new vanguard - which won't last very long probably! - is scooters, and there's a piece in the paper today rather sensationally headlined "scooter wars."

The piece is too short and misses a great deal. Just some bullets:
As rental scooter mobility develops this will be interesting to watch. And of course our public bike system seems likely to evolve also. Just some things to be aware of.

And here's a piece that also evades the central fact that it is driving itself that is dangerous, instead trying to carve out the special act of "distracted driving," as if "regular driving" was perfectly fine and safe. 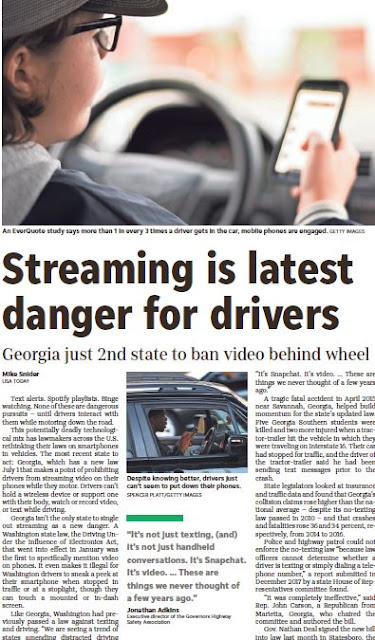