There wasn't much talk locally about Black Friday. The SJ didn't send out a team this year, and it's possible that as a distinct phenomenon for brick-and-mortar stores, it's now over and into a phase of definite decline.

The Silverton Strong Towns correspondent made a few notes, however. We need parking reform.

Since the meat packing plant was announced in January of 1919, I had been following the story about the Valley Packing Company. Construction seemed unusually prolonged over the course of 1919, even delayed, but they finally announced in November it would open the first of the year.

Historians at The Mill wrote about it a little in the paper today. It does not seem to be published online yet, but several photos from a 1940 open house are on the Mill's site. 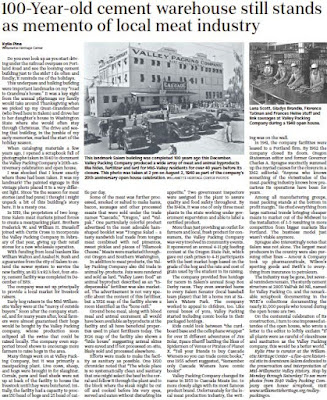 There might be more to say on the story when the 100th anniversary of the opening rolls around next month. National meatpacking interests had run an ad campaign all year touting their expertise, their razor thin margins, and protesting any kind of government oversight. Local farmers also seemed to struggle getting livestock to market. I suspect there are other angles to explore.

There was a horrific crash on Cordon Road and Sunnyview. It seems likely more will be reported on that. 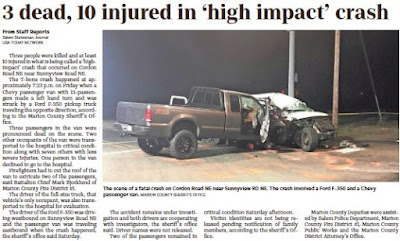 Finally, Salem Reporter has a piece about the prospect that this year is the last for the model train set at the Capitol. If the Capitol's not on your usual list, that might be worth a visit sometime this holiday.
Posted by Salem Breakfast on Bikes at 9:45 AM