Update on Historic Preservation Plan may be too Limited 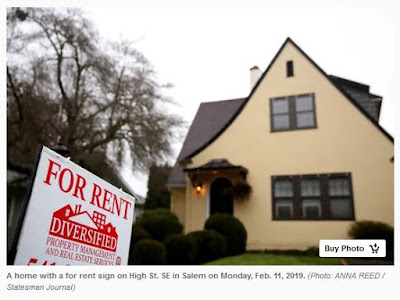 Not long after the Viesko House was awarded the 2018 Maxwell Award for preservation and designated a "local landmark" by the City, it was marketed as a rental. 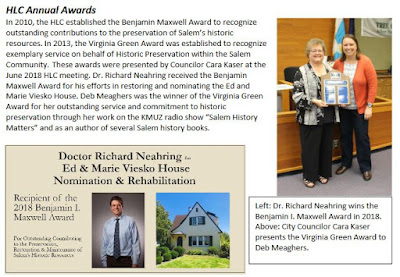 Downtown commercial buildings in the Historic District are generally leased and not owner-occupied, so it's not like we make owner occupancy some big deal in historic preservation.

Still, the Viesko House is very minor, it's not a "high style" exemplar, and it is possible to wonder what its designation really accomplished. It's not like we now have a published history of Viesko's building activity. There is no sense of any new historical narrative or analysis that the house instantiates and presents to the wider public.

Mostly it's a private benefit for the owner, who in the case of the Viekso house either flipped it or rented it out, and the designation makes redevelopment less likely.

The City is undertaking an update to the Historic Preservation Plan and last night there was an Open House at the Mill. I missed the announcement, but I'm not sure I have much to say. Still, I worry that the Plan will be understood as a way to carve out exclusions and freeze more areas from HB 2001 and fourplex legalization and other changes we might make as part of "Our Salem." It is not adequately connected with our other conversations on transit, on the comprehensive plan, on carbon pollution and climate, and on equity.

People do not reckon sufficiently with the hidden autoism of the Historic Districts. They say they value "nice neighborhoods within easy walking distance" but if they valued them they would want to share them with more people. They will be even more walkable, more amenable to car-free and car-lite living, with more people supporting walkable business destinations that now locate nearer to them.

What this really means is keeping the district so there is always room for my car and my driving and I can walk when I feel like it (recreational walking, not necessarily car-free living).

In fact, the value here is exclusionary and is about protecting incumbency privilege.

We've seen this before in early 20th century deed restrictions. We've also seen it our current historic districts, which are "all about defending the boundaries and about the purity of the interior."

The "nice neighborhoods" aren't threatened so much by traffic and development as they are by the wrong sort of person. "Nice" functions here in multiple ways, some of them benign, some of them not so innocent. Preservation now bears exclusionary functions in addition to laudable ones.

So even though both Grant and Fairmount neighborhoods refused a district-level designation earlier this decade, there is talk about trying again. Grant, Englewood, and Fairmount are very walkable, and we should want it to be possible for more people to enjoy car-free and car-lite living in walkable neighborhoods. To the extent that Historic Districts are designed to impede redevelopment, this should be resisted.

Close-in neighborhoods are one of our biggest resources in reducing carbon pollution, and we should talk more about ways that the expanses of single detached homes on large lots induces that pollution. Even if the materials in an old house are very green, and should not be discarded carelessly in demolition, the carbon pollution created by driving a car from a new house on the edges of the city is very considerable, and we do not account adequately for the transportation side in that new construction. The more we preserve inner neighborhoods exclusively for single detached homes, the more pressure we place on the edges of the city and on total driving and traffic.

My big idea (first noted here) is that owners who want to demolish a designated or protected property should be able to choose the cost in time or in money. Because of owner-consent law, we can't mandate that an unwilling owner preserve a designated property. Right now, when they do not want to maintain they must choose time: Demolition by neglect or a protracted public process with hoops and red tape. If they were able to choose money, they could quickly secure a demolition permit, but it would need to be expensive enough that they have to think twice about it. The fee would also be big enough to put into the toolbox program to fund rehabilitation and preservation on buildings whose owners really do want to keep them around.

In general, we should make the trade off of listing fewer buildings and offering more resources for those we do designate and protect.

And at the end of the day, new historic designation should be for individual resources only, not for whole districts.

After more materials are published, there might be more to say. I happen to believe that all of these are true, and it is not straightforward or trivial to see the right balance: