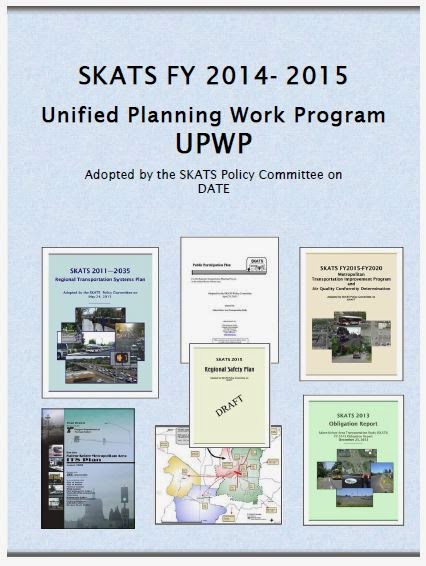 Today the Policy Committee for our local Metropolitan Planning Organization, the Salem Keizer Area Transportation Study, meets at noon.  On the agenda is next year's work plan, bike counters, and some project rankings for Federal funds.

Last month the Policy Committee considered a proposal to allocate $22,000 for the purchase of two bike/ped counters, one each for the Union Street RR Bridge and for the future Minto Bridge.

The proposal, representing 0.3% of the $7 million spent so far on the Salem River Crossing or less than half of a single pedestrian crosswalk median for $60,000, ran into resistance and was tabled with a request for additional information. From the draft minutes:


Discussion focused on whether bicycle and pedestrian counters are considered part of congestion management [the broader category of the funding source]. Mike Jaffe explained that the counters provide baseline numbers for comparison to future year counts to determine whether there are changes in biking or walking on the two bridges. Measuring this change gives a more complete picture of travel activity and congestion in Salem. Councilor Dan Clem commented that he would like additional time to confer with his staff before approving or disapproving of the purchase of the counters....Discussion continued related to commuter and recreational use and how surveys would be needed to determine the type of trips (commuting, recreational, other) on the bridges.

Additional discussion...asked if the data obtained would be beneficial in showing need in grant applications and if the information would help in going forward with the Salem River crossing project. Staff responded that counts on the Union Street corridor could be helpful in grant applications for future phases of the corrider [Union Street, as I read it]. Mike Jaffe responded that currently SKATS has good count data for vehicles and relatively good transit passenger information, but there is no on-going data collection of pedestrian or bicycle counts in the SKATS area.

Councilor Dan Clem asked if bicycle and pedestrian counter information would be incorporated into the SKATS model. Staff replied that count data from only two locations was insufficient at this time for use in the regional travel model.

SKATS staff are coming back with some additional clarification as well as a request for the motion to proceed, but the memo's assertions in support of the proposal are somewhat pallid and don't seem very interested. Counters should be a baseline expectation, immune to politics!  Beginning to install bike counters and moving towards a robust bike count system should be standard best practices at this point. This shouldn't even be an item of policy debate - not to mention how small is the dollar amount as a proportion of total transportation spending.

Also on the agenda is a brief report on the technical advisory committee's rankings on the 11 projects submitted for Federal Surface Transportation Program and Transportation Alternatives Program funding in the local 2015-2020 Transportation Improvement Program.

Overall the rankings seem reasonable, and the six projects that look to advance are deserving.  But some of the individual outlier votes are interesting.  The contrast between the near unanimity on Brown Road and some real dissent on Union Street is worth registering - though it's not surprising, since a traffic light and periodic stops for auto traffic is involved at Union Street, but not on Brown.  Even among those generally supportive of non-auto projects, the Brush College sidewalks and bike lanes gets low marks.  That's too bad, but as we've noted here before, it's really on the edges of development, and it won't actually serve very many people, so it is reasonable not to rank it highly in relative and pragmatic terms even if in the abstract it seems worthwhile.

(On Union Street, the Downtown Advisory Board has recommended an increase in funding from Urban Renewal funds, so I'm not sure how that would impact this ranking - it may be that less Federal funding is necessary on that project and another project can slide into the recommended group here.)

For comments on the draft plan, see last month's note.

SKATS Policy Committee meets at noon on Tuesday the 25th at 100 High St. SE, Suite 200 above Bar Andaluz and the former La Capitale.

The Policy Committee approved funding for the bicycle/pedestrian counters at the meeting on Tuesday.

To clarify on what the data from the counters will be used for, the counts won’t be used with the travel demand model in the near-term. The data will be used to provide a base of continuous counts that can be used to develop daily/weekly/etc factors. These factors can then be applied to the counts that are taken as part of traffic studies in other parts of the area to provide an estimate for daily/weekly/etc travel.

The counters will also be used to document the use of the bridges. Currently we have very little data on how many people use the Union St bridge, and what data that has been collected tends to be for a short period of time for one day in a particular year (and it might only be documenting the bicyclists). Documenting how many people use a facility is a good way of establishing the demand for future facilities.

You are right that two locations are insufficient for a count program. We have been discussing with Salem staff other locations and methods of collecting non-motorized counts. The bridges were just the easiest to implement, and with the MBI bridge moving forward, a decision needed to be made ‘soon’ to ensure that the counters are included as part of the bid package.

As for the model: Before the data from the counters can be used with the travel demand model, we would need to gather data on the routes that people actually take when biking and then assign the bike trips to a suitable network. The counts could then be used to validate that the model is assigning an appropriate number to the routes. Currently, the model estimates the total number of bike and ped trips for the area, and this number is reported.

That's great news! Thanks for the update - and for the additional information on ways the count data will be used.