HOLY SMOKES! It's hot out. Water, friends, plenty of water.

For several years there has also been short track racing at the Fairgrounds in August, but that may be done. 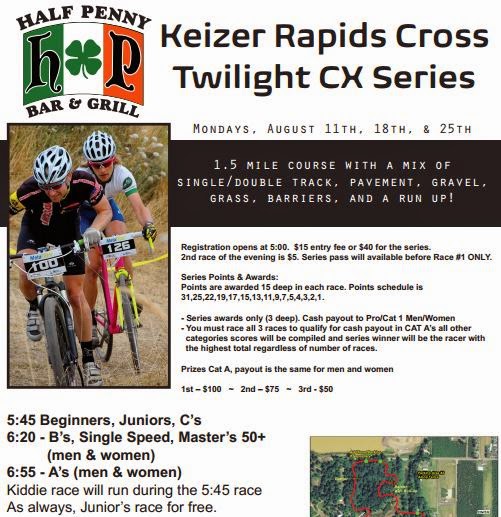 A new cyclocross series at Keizer Rapids Park starts Monday, though, and its location is way better than the Fairgrounds! It could in fact become the second great location for racing in and around Salem! 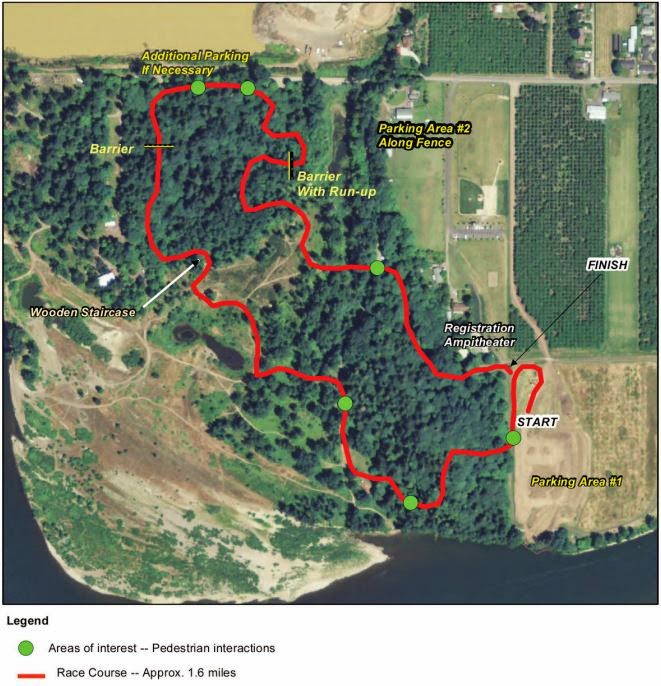 Racing starts at 5:45 on Mondays in August: the 11th, the 18th, and the 25th. Start and finish is between the amphitheater and boat launch, and it looks like the paved paths will in some places get you near the off-pavement course for spectating.

Hopefully this will be the start of something grand!

Except for crossing the Parkway and the transition to back roads at Fred Meyer, the ride to Keizer Rapids from Salem is pretty nice. It passes Wallace House Park on an extension of Rivercrest Drive closed to auto traffic.

The park is the conjectured site of William Wallace's fur trading outpost circa 1812, and is among the earliest settlements in Oregon, not just the Salem area. Soon, however, activity shifted a little north to "French Prairie," and by the time Thomas Dove Keizer arrived in the 1840s, little if anything was left here.

Still, 200 years? By Salem standards this is ancient stuff.

The map is from a 2007 plan, and I don't think it's all built out yet. It and Sunset Park, a few blocks north, are the only riverfront parks here in Keizer, since most of the riverfront property has been developed with single-family homes.

If you haven't biked here, check out the parks! Racing this month is a great excuse.
Posted by Salem Breakfast on Bikes at 7:00 PM