The City's Five Year Forecast is out, and here's a few quick hits on the Transportation Fund. 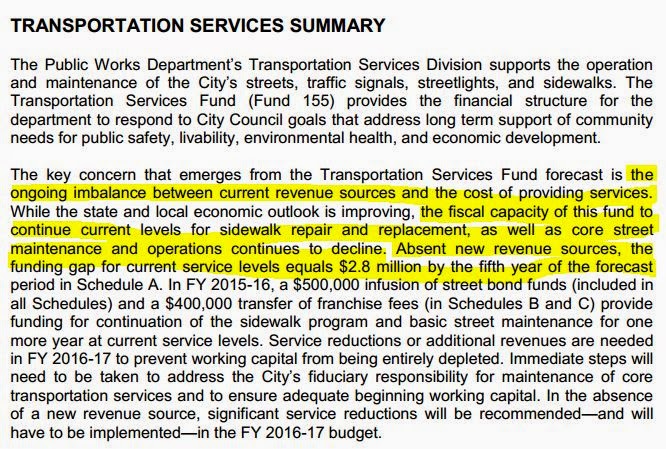 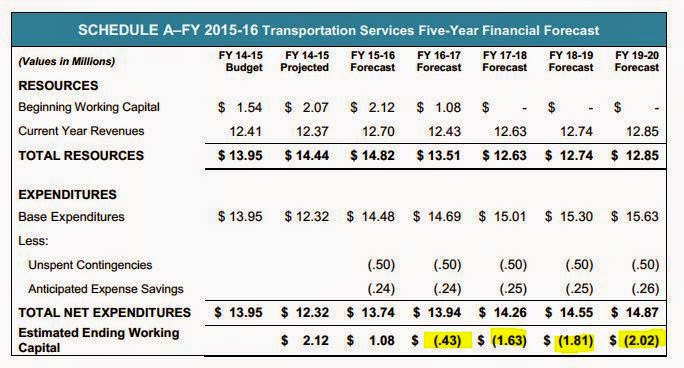 The deficits could be solved by staff reductions: 10 full time and 6 seasonal.

But the City's preferred solution is the Streetlight Fee.

A gas tax would work just as well!*


Buried in it is a note that ODOT has "reduced its forecasted growth percentages for the state highway fund five times since June 2010." I hadn't known the ratcheting down had happened as often as this. That's an interesting detail perhaps to come back to when we talk about the Legislature's work on funding as well as traffic projections for the Third Bridge. 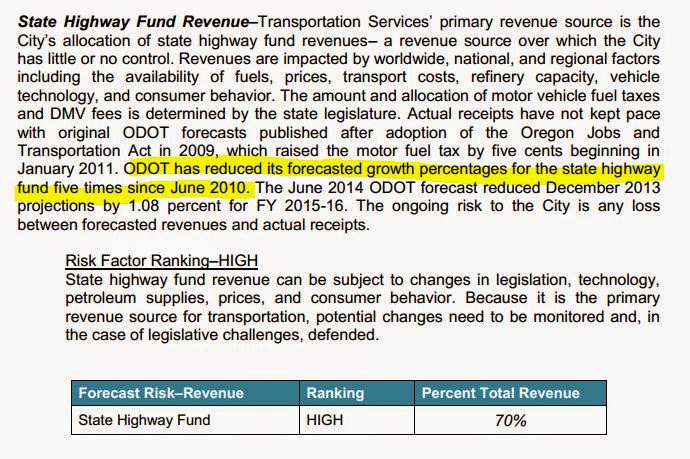 This is just something to file away for later.

* Late add: Grace and Elmer Goudy Professor of Public Management and Policy at Willamette University, economist Fred Thompson argues we should raise Oregon's gas tax. "Not keeping up with our needs in this area is penny-wise and pound-foolish."
Posted by Salem Breakfast on Bikes at 6:30 AM