The Congestion Relief Task Force meets tomorrow, and there's hardly anything public about it at the moment. 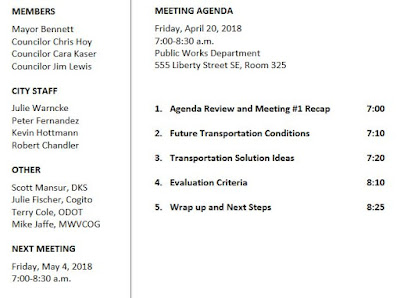 The agenda just has a bare minimum, and the City has posted no additional materials to the project website. You'd think that the survey alone would generate a rich memo and report. Maybe they'll be posting more after the meeting.

On congestion, a few recent items converge and point to ways that our subsidized and underpriced road and auto storage systems harm city vitality. With misaligned incentives and pricing signals, we are making things worse rather than better.

Over at City Observatory, they write about parallels between the lines for free ice cream and congestion on free roads


When it comes to our road system, every rush hour is like free cone day at Ben and Jerry’s. The customers (drivers) are paying zero for their use of the limited capacity of the road system, and we’re rationing this valuable product based on people’s willingness to tolerate delays (with the result that lot’s of people who don’t attach a particularly high value to their time are slowing down things for everyone).

If Ben and Jerry’s were run by traffic engineers, instead of smart business people (albeit smart business people with a strong social minded streak), they’d look at these long lines and tell Ben & Jerry that they really need to expand their stores. After all, the long lines of people waiting to get ice cream represent “congestion” and “delay,” that can only be solved by building more and bigger ice cream stores. And thanks to what you might call the “fundamental law of ice cream congestion” building more stores might shorten lines a little, but then it would likely prompt other people to stand in line to get free ice cream, or to go through the line twice. But, of course, with zero revenue Ben & Jerry would find it hard to build more stores.

There was also a note about pollution today. A common greenwash for lane expansion is that free-flowing traffic emits less pollution than idling traffic that is slow or stuck. But if this is true for a single car, the increase in free-flow also induces more trips and longer trips, and this aggregate effect cancels out any benefit from reducing idling.

On pollution we don't quite get around to talk about driving less, instead focusing on "clean fuel" and the need to electrify - which means fleet replacement, consumers buying a whole new round of cars. Fleet replacement generally maintains the whole autoist paradigm.


The Lung Association called on the Oregon Legislature to do more to counteract air pollution.

“More can be done to clean our air and save lives,” Nyssen said. “Implementing Oregon’s clean fuels program, working to reduce exposure to diesel pollution and reducing carbon emissions are all within grasp in our state.” 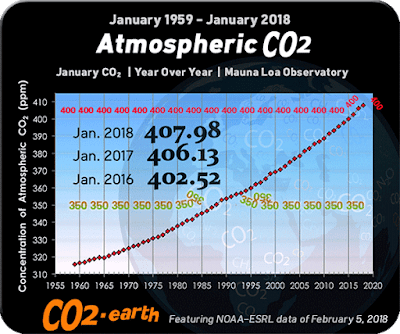 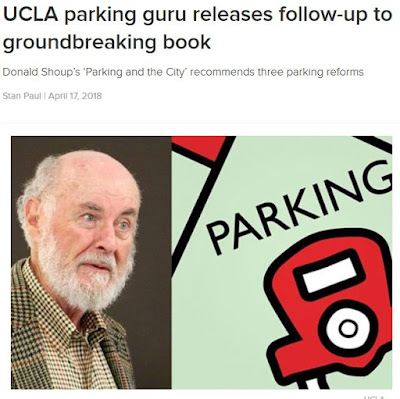 Donald Shoup has a new book out. From UCLA on Parking and the City:


In his new book, Shoup reiterates and distills the earlier 800-page work into three recommended parking reforms designed to improve cities, the economy and the environment:
“Each of these policies supports the other two,” writes Shoup. They counteract what he describes as “three unwisely adopted car-friendly policies” that arose from the beginning of the automobile age: separated land uses, low density and ample free parking to create drivable cities while undermining walkable neighborhoods.

Shoup persistently advocates for removal of off-street parking requirements, allowing developers and businesses to decide how much parking to provide. Charging the “right price,” or lowest price — varying dynamically throughout the day — that can keep a few spaces open, will allow convenient access, ease congestion, conserve fuel and reduce pollution caused by unnecessary idling and block-circling. In support of the third point, Shoup hypothesizes, “If everybody sees their meter money at work, the new public services can make demand-based prices for on-street parking politically popular.”

All Made Worse by "Free"

Our problems with congestion, with pollution, and with parking are all exacerbated because we underprice and subsidize drive-alone trips.

One of the most important things the Congestion Relief Task Force can do is to start talking about autoist subsidy and its true costs to city budgets and city vitality.

The Task Force meets Friday the 20th at 7am in Public Works, third floor, at City Hall.
Posted by Salem Breakfast on Bikes at 12:45 PM

This meeting should have been filmed and made available on CCTV — was it, do you know?

CCTV? Doubtful. But the City has posted the presentation and handouts. Like with the early "purpose and need" on the SRC, there is a certain circularity in pre-defining the problem in such a way as to pre-determine an outcome or a range of outcomes. The whole thing is very much being framed up in autoist terms for solutions on the supply side: auto capacity increase. Demand side solutions are very secondary. There's probably more to say on this!

I asked Councilor Chris Hoy to find out why the minutes are not being posted in a timely fashion. Also, noted that the minutes while might fit the letter of the law, do not help anyone to understand the content. This too is a requirement of the law on open meetings.

The documents posted to the site are nothing more than rules of engagement and provide no insight into what is being discussed. Such an important topic needs much more openness to the public.

CCTV can't video tape meetings held in City meeting rooms. They can only be done in Council Chambers or sometimes in Anderson room in the library. However, with the technology that is available through other means, to not have it broadcast on Facebook or Youtube is just too easy to use that excuse.

It's particularly troubling that DKS is using certain framing and analysis in their presentations.

The third slide in their presentation uses the low point in traffic (2011) to boost estimated average annual traffic growth, rather than a longer-term starting point of, say, average traffic 2006-2011. Hopefully their traffic models aren't as broken, but I'm not holding my breath.

This is exactly right. The traffic modeling will be center in a post later this week. It's as if the traffic engineers saw the increase from 2015-present and said, "Whew! things are back to normal. We don't have to change a thing." Traffic modeling is broken - we see this here, we saw in on the State Street Corridor Study. Council may not see that there are other ways to analyze the problems. The autoist bias in "improved operations" you point out is relevant. One thing the committee should see is a chart of VMT against gas prices, like this one from the Federal Reserve, which shows the uptick in driving correlates strongly with the decline in gas prices. When we get out of this pattern of cheap gas, things will change. (Pricing, it's all about underpriced road access!) The consultant team is making a range of pre-presentation choices and decisions, like the start/end points on the traffic count you mention, that constrain the information the Council committee sees and steers them towards certain decisions. (There will be more to say!)