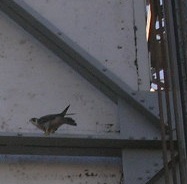 In August, every time I crossed the Union Street Railroad Bridge in the evening I saw one or two Peregrine Falcons.

Equally, I noticed the lack of Pigeons and their encrustations of guano on the bridge deck and beams.

I think these two things are connected!

This was one of the most wonderful details of summer this year.

I hope there's enough food for them to make residence here. It is an amazing thing and sign of improved river health to see Eagles, Osprey, the occasional Red Tail and other hawk, and now Peregrine Falcons along the river. 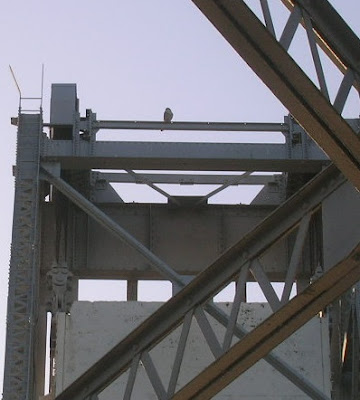 I don't have a long lens and fancy camera, so these are from the point-and-shoot and its limited telephoto zoom, much too small. Maybe a serious birder with the Audubon Society will publish better pictures some time. At the beginning of Summer, when the birds were younger, they did publish one, but I haven't seen any since, and there hasn't seemed to be much talk about them. (There seems to be a bias for birds in "nature" at the wildlife refuges, or even in back yards, but not so much on buildings and in the distinctly urban landscape.)

In the mean time, when you cross the bridge, be sure to look up at the counterweight towers where they hang out. 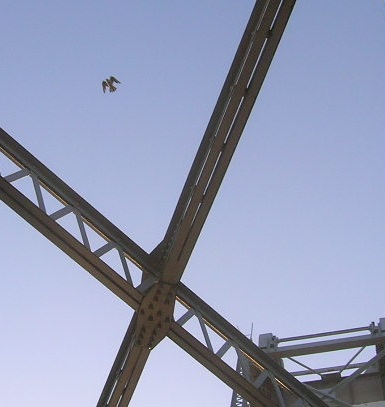 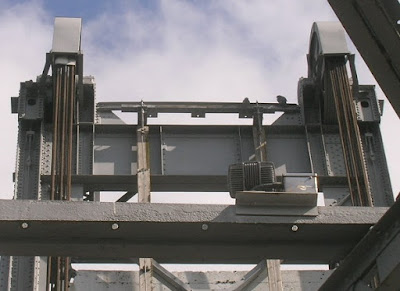 I suppose there's a trade-off for everything, and if there's a downside, it's that there also seemed to be fewer of the Swallows that hung out under the bridge on the columns and structural spans. They were a small joy and I haven't noticed them this year.

But it's great not to have to contend with so much Pigeon poop!
Posted by Salem Breakfast on Bikes at 12:01 PM