We need to Center Autoism in Tree Canopy Conversation and Analysis 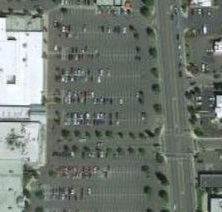 Yesterday, Salem Reporter published a dive into our recent reports on trees in Salem. In "Salem is more shaded than ever, thanks to city tree projects but gains are uneven" they published a map of median incomes by census block that showed a correlation between richer areas and better canopy coverage, and poorer areas with sparser coverage. (That's a key to the piece, so click through to see it!) What prompted it was likely this map in the City's report also grouped by census block.

The comparison is useful, but not likely complete. Though the City's comments also alluded to zoning, the piece did not include a zoning map, and that seems like a relevant detail. There's a stew of variables, some of them causal, more of them correlating or confounding. Income is an important one, but it may be more of an effect.


A study published in January found that neighborhoods that were subject to discriminatory, race-based housing practices a century ago are now hotter in temperature than other areas. Redlining was a practice in the 1930s that rated neighborhoods to help mortgage lenders know which areas of a city were considered risky.

No one has published evidence yet that there was any formal redlining in Salem, however. But it is nearly certain that our original 1926 zoning scheme had indirect - and wanted - effects consistent with the racialized intent of redlining. That zoning scheme scheme also explicitly appealed to "City Beautiful" planning and encouraged tree planting. It is very possible that the first zoning scheme established patterns of canopy coverage that endured and extended into what we see today. This is something that deserves more research and, for the moment here, is more hypothesis than conclusion. But it is good to see more discussion of racialized land use policies and history that even if it must remain generalized and theoretical rather than specific to Salem. (It also underscores that we need research on historical banking practices in Salem. What really is the legacy of Asahel Bush and his successors? Certainly in the popular understanding, and even in more serious history, our sense of him remains one-sided, benign, and essentially mythic rather than historical. But he, and the bankers who followed him, were complicated!)

If we laud the wealthier areas for their tree coverage, we should also ask about undeveloped lots and the consequences of apartment bans in lawn and driveway zoning. More trees should not be a rallying cry for "neighborhood character" and NIMBYism. If we want more housing, we should be careful not to pit housing against trees.

Density and apartments are not the problem.

Parking lots and their impervious surface are! Whether it's the malls and big boxes on Lancaster Drive (above) or even new apartment complexes at Fairview and at the former State Hospital Property, it's the provision for cars that really cuts into tree coverage. We should be clear that the trade-off is not housing for people vs. trees, but is instead housing for cars vs. trees. Truly this was the issue at the Hospital and is still an issue with the proposed and contested Costco. As civic debate gets framed up as development vs. trees, we should be clearer on the role of our autoism. Homes for people, and also commercial space for people, deserve greater consideration than homes for cars, and we should be clear to distinguish the two. The lyric to which everyone resorts is not primarily about housing, after all:


They paved paradise
And put up a parking lot

Email ThisBlogThis!Share to TwitterShare to FacebookShare to Pinterest
Labels: Costco Development, Our Salem

I wish that they would include Keizer in these studies. Yes it's a different city and it's the SALEM reporter but they're neighbours and have similar development types. It would be helpful for those of us in Keizer who are trying to get more street trees to have this kind of reporting.

Hey, Keizer explicitly defined themselves against and incorporated in opposition to Salem. At the heart of Keizer's self-identity is "not Salem," a negation of Salem! So it's not surprising that City of Salem studies rarely extend to Keizer. Keizer probably needs to act more interested in order for more frequent collaborations to happen.

(As for Salem Reporter, you know Keizer Times is owned and published by the same family, right? They're like brothers, literally, Les and Lyndon. Not sure if they get along or anything, but they use the same website template...)