Check out the first round of new bike routes and other proposed bike improvements!

The documents aren't exactly light reading, but they're worth dipping into.

In many ways the maps are the most important part. 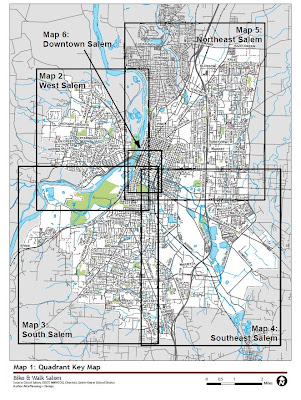 There are five detail maps, one for each quadrant of the city and a zoom on the downtown core. 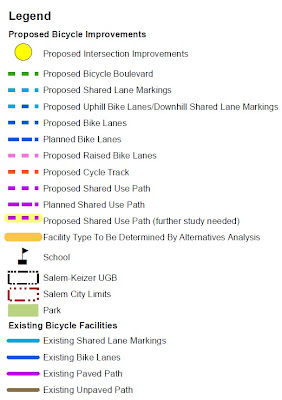 They bustle with lines, solid and dashed. It's really hard to get a picture of the whole, so probably the best strategy is to stick with where you know: Where you live and where you go, your home and frequent destinations. Would the routes and proposed improvements make it easier for you and easier for those you know who aren't comfortable biking?

The Open Houses will have larger maps and explanations of the treatments, of course, but you may find that you can get more out of the presentation boards with an initial dip into the memos!

And if you have school-age children, don't forget about the Safe Routes memo and maps! (5mb pdf) 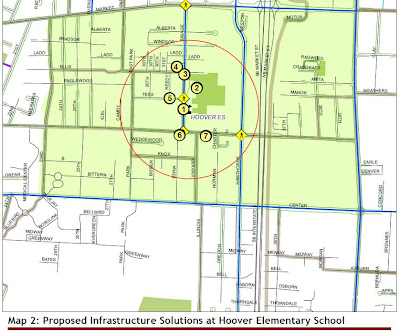 Great post, with much to study and much hope for an extraordinary set of improvements, if even a portion of this comes about. Thanks!

The City's site is updated with a page that has links to each detail map.

That way you can go direct to the maps and skip the memo discusssion if you like!