Saturday was a great day for thinking about active transportation! 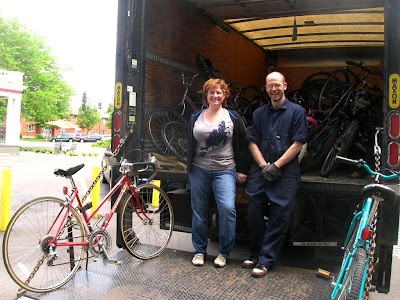 Aaron and Janice have a full truckload of donated bikes! 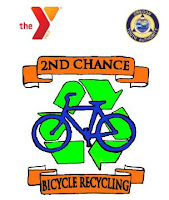 The pickup for Second Chance Bicycle Recycling was a real success.

The bikes will be taken out to Hillcrest for rehab and repair - and many will find new homes there. YMCA Community Wellness Director Janice talked about slowly and surely helping to build out a program and envisioning what might happen in downtown Salem at the Y itself. Later this summer some bikes may be donated in town or sold to generate revenue.

But the first priority is getting the Hillcrest program going, then who knows!

The program also needs tools. The list is on a pdf here, and if you have ones you can donate, they'd love to put them to good use!

Not far from downtown and the Y is the brand new Forever Home Community. You may have read about it in the paper on Friday (full articles are now behind a paywall).


The small neighborhood has one six-bedroom house and 12 apartment units. The house is reserved for foster parents and five children in long-term foster care and the apartments are a mix of affordable housing and barrier-free units for the developmentally or intellectually disabled.

The community, called Mill Creek Forever Home Community, is at 545 Statesman St. NE, between A and Center streets NE. It cost about $2.5 million to build. Funding partners include the city of Salem through its Home Investment Partnership Program, Salem Foundation and Collins Foundation. The property was donated by the United Methodist Retirement Center.

The first Forever Home Community is near Woodmansee Park in South Salem and another is in the works in West Salem, both with similar layouts.

The Community Home for Children in the Mill Creek community is the sixth home of its kind. The homes are designed for children who have been in foster care long term and don’t have alternative permanency plans.

What struck me about the homes are their proximity to Safeway and the downtown core.

The address has a Walkscore of 83 "very walkable"! Housing services are not always in the middle of walkable neighborhoods; sometimes they are pushed to the suburban periphery, far from core services and in heavily auto-dependent areas. Maybe at some point we'll see a fleet of bikes - and reach a point where that is a badge of honor, health, and thrift - in front instead of all the cars! The home is well situated for that possibility.

Statesman is in fact a very interesting street. It doesn't really fit into the grid, shoehorned in with the creek's bend.  But there's more. 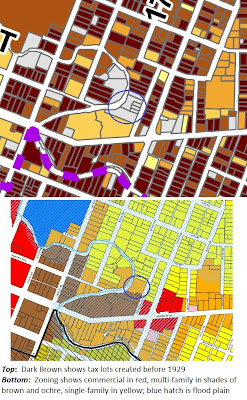 There are several lovely old homes on it and nearby. (Top map shows date of tax lots, with the Forever Home circled; bottom shows zoning.) On 14th Street and on Center Street there are mid-rise apartment blocks (mid-rise by Salem standards, anyway), and scattered around are rentals and other multi-family housing serving students and families.

Just north of the Court-Chemeketa Historic District and related to both 17th and Center Streets, it's a mixing zone and likely site of transition in Salem. A house across the street from the Forever Home burned down earlier this year, and the lot will presumably be redeveloped at some point. There will be a balancing act between old and new, preservation and change, lower and higher densities.

A corner lot shows one approach to the balance. Statesman Street has a terrific mimic! 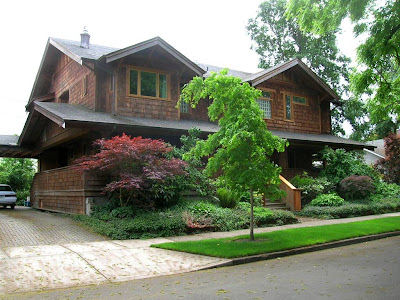 This modern duplex totally fits in with lots of craftsman and bungalow details! If one game for infill is to make a clear delineation between old and new, another game is to fit in with the neighbors. Fitting in can sometimes mean a cheap faux, but here's a pretty authentic looking revival. It's a wonderful example of historically sensitive infill.

This is a part of town where together with developers and owners, the City should make a real effort in land use and transportation planning to make bicycling and walking not merely "alternative choices" but in fact the preferred modes for short trips.
Posted by Salem Breakfast on Bikes at 9:30 AM