In the Neighborhoods: SESNA and Grant on Redevelopment and Reuse

A couple of items to note in the neighborhood associations this week.

SESNA meets Tuesday the 28th and on the agenda is an update on a "Proposed Sale of Property at 25th & Mission Streets."

You might recall this from a couple years back:

Most of those ideas didn't come to fruition (though the street between Airport Road and 25th is now in the Transportation System Plan as a future project), and it will be interesting to learn more about this iteration. 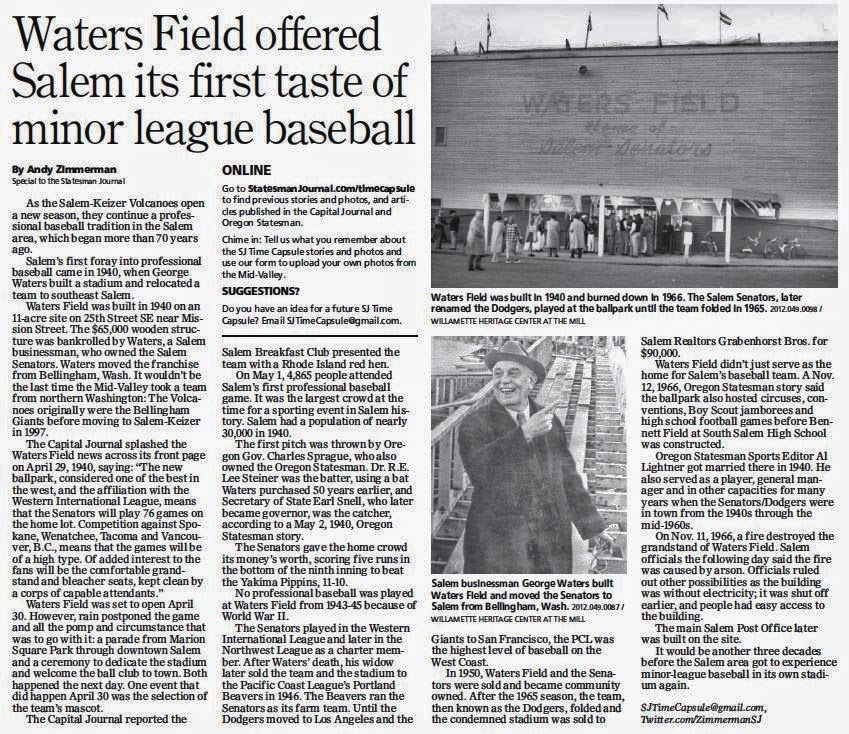 The site was also an important minor league baseball field in the 20th century.

It would be nice to see it active again, especially with something that is not just a big-box, drive-to destination.

The Grant Neighborhood Association meets on Thursday the 2nd, and they'll get an update on "Aramark Building - Sparrow Furniture, Pre-Land Use App Presentation."

It looks like the old Laundry will get a new, light industrial use! That seems like a decent outcome for the building, currently owned by the Salem Alliance Church.

The business' mission is much higher. From a December KGW story:


A Salem man is trying to help refugees build a new life after escaping tragedy around the world. Luke Glaze says for many of them, finding work is the biggest challenge, so he’s starting a nonprofit business aimed at helping them, called Sparrow Furniture.

“The name comes from a concept in the Bible that talks about God's love for even a sparrow,” said Glaze. “Those considered ‘the least of these,’ those most in need.”

In this case those in need are refugees from Somalia and Syria to Iraq and Mayanmar, arriving to Salem by the dozens. Glaze hopes he can help them learn the art of refurbishing and re-selling old furniture while practicing English and earning money.

With the Hub just down the street on the same block, that's a real cluster of businesses with a focus on reuse and deep sustainability.

The Grant Neighborhood Association meeting is on Thursday the 2nd at 6:15pm, in the Library of Grant Community School, 725 Market St NE.
Posted by Salem Breakfast on Bikes at 12:01 PM

Bummer! Big Box, drive-to destination seems to be the order. Over at Strange Up, they've got information on a City Notice for the parcel on 25th and Mission:

"a City of Salem land use notice says a 259,000 square foot home improvement center with two floors (59,000 sq. ft. on second floor) is planned," possibly a Jerry's store, as the architect is also from Eugene.