Newsbits on ODOT and Autocracy

Couple of very interesting bits in the paper today. 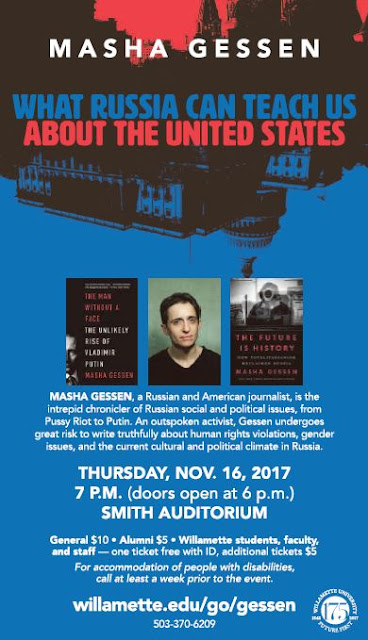 Shortly after the election, the New York Review of Books published a piece, "Autocracy: Rules for Survival."

One of them was "Believe the autocrat."

Another was "Institutions will not save you...the judiciary collapsed unnoticed."

There's a notice in the Sunday paper for a talk by the author of those "rules" at Willamette on Thursday the 16th.

It could hardly be more timely.

Speaking of the Press, the SJ has a story about yet more rot at ODOT. 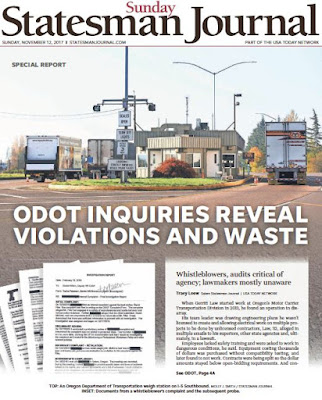 Just another reason to be skeptical about their claims on the SRC.

About the Wickiup Junction project:


ODOT officials acknowledged they focused too much on designing and constructing the overpass rather than on the soil that sank up to 5 inches — and is sinking.

Here's a follow-up assessment at The New YorkerI missed.

"One Year After Trump’s Election, Revisiting “Autocracy: Rules for Survival”"

Tonight The Future Is History: How Totalitarianism Reclaimed Russia won a National Book Award in nonfiction.

Earlier this evening WU tweeted out that "Tickets are still available. To reserve: http://willmette.edu/go/gessen. Pay in cash at the door."