100 Years Ago Today: Harry Scott Reopens Around the Corner at 147 South Commercial Street 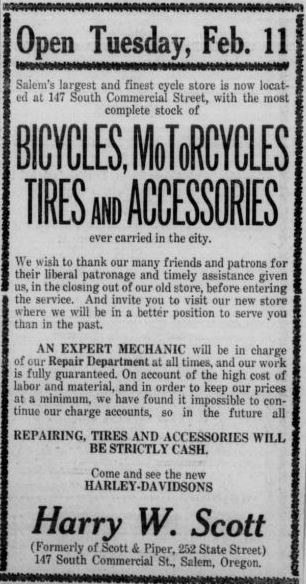 You might remember that Harry Scott had closed the shop on 252 State Street the end of June in 1918. He had to report to the Army on June 30th.

He mustered out, returned to Salem, and reopened the shop on February 11th, 1919.

Since then, without break, Scott's has been open at that location. That's an anniversary worth celebrating!