Ready for the September Bike Commute Challenge? The 2009 BCC Kick-Off Party will be Thursday, August 27th, from 5 to 7pm! Meet fellow commuters, get tips and information, and plot schemes to encourage and make biking easier! 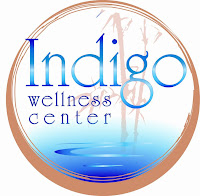 It will be at Indigo Wellness Center, 3276 Commercial Street SE, across the street from Safeway and Pizza Hut on Ratcliff and Commercial.

Beer is provided by Widmer Bros, supporters of bicycle transportation and the Bike Commute Challenge. (A year ago, they were great sports in comparing car vs. bike on a morning commute. Biker Rob beat autoist Kurt!)

Come on out and have a little bit of fun!
Posted by Salem Breakfast on Bikes at 11:00 AM