And packed with gravel, too.

February 19th it turns out is a big day for bicycling in Salem, but you'll probably never notice it if you look at the bike lanes. They're gutters, full of crap, not people on bike!

A reader sent this image of the bike lane on Liberty at Superior, and it's a sight - and vibratory feeling in the handlebars - we know all too well.  All the road hazard gets swept to the edges, to the bike lanes treated as gutters, and it is weeks, sometimes months, before it gets cleaned up. (This particular spot is one of the most dangerous in Salem, as well.  The road here is cambered incorrectly:  Rather than sloping up on the outer edge of the turn, it slopes down, and the gravel really intensifies the probability that your wheel will go out from under you.)  We don't have a good policy yet for making sweeping bike lanes a priority; the City responds more than initiates too often on this.  So make 'em respond! 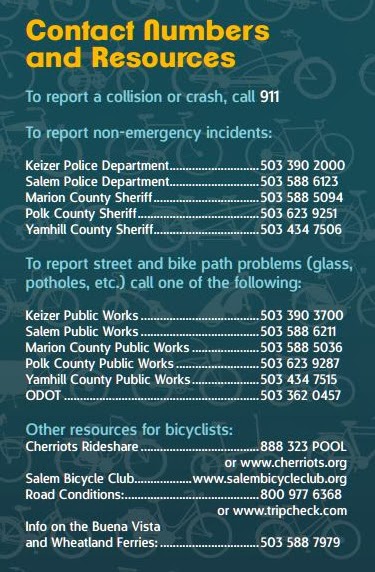 Ring early and often - the squeaky wheel gets the sweep!

On Wednesday the 19th, the Oregon Bicycle and Pedestrian Advisory Committee (OPBAC) meets to talk about the lottery-funded ConnectOregon applications (here's a list of local project applications):


SALEM – The Oregon Bicycle and Pedestrian Advisory Committee will hold its next meeting 8:30 a.m. – 2 p.m. on Feb. 19 in Salem at the Oregon Department of Transportation's Mill Creek Building, 555 13th St. NE, in the Mt. McLoughlin Room. Agenda items include discussions about the bicycle/pedestrian projects under review in the ConnectOregon V program and about criteria for projects in the Statewide Transportation Improvement Program (STIP). The committee will not be ranking projects in ConnectOregon until its next meeting.

If you want to comment or anything, they always welcome the public:


Those who wish to testify are encouraged to sign up on the public comment sheet provided at the meeting. General guidelines: provide written summaries when possible and limit comments to 3 minutes. If you bring written summaries or other materials to the meeting, please provide the chairperson with a copy prior to your testimony.

Immediately afterwords, at 2:30pm on the 19th, the Policy Advisory Committee for the new State Bike and Pedestrian Plan meets to formulate a vision, goals, and objectives.

Here's the full agenda. You may remember that our local representatives are Steve Dickey from Cherriots and Peter Fernandez from Public Works.  The new Chair of OBPAC, Jenna Stanke, is the only representative from OPBAC on the Policy Advisory Committee, and presumably she'll be scurrying over along Union Street from ODOT's Mill Creek building to the Chemeketa building.

It is perhaps telling that there's no sidewalk along the north side of 12th as it curves to Union, and only a brave person would bike that same stretch of 12th Street during the day.

Finally, don't forget about Gil Penalosa's talk at 6:30pm! His talk should be cheerier and full of real vision - not the bureaucratic pabulum! 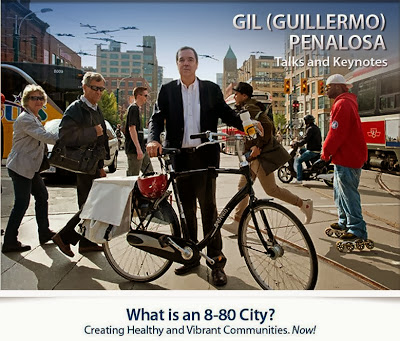 City Forces Work to Remove Sanding Rock from Streets - 02/18/14
The City of Salem Public Works Department applied 1,500 tons (3,000,000 pounds) of sanding rock to provide traction to motorists during the winter storm that began on Thursday, February 6, and continued through Saturday, February 8, 2014. City forces began clean-up of the rock once snow had melted from the streets on Wednesday, February 12, 2014.

Until it is removed, officials warn motorists and bicyclists to use caution at intersections, hills, curves, and in bicycle lanes where sanding rock is present, as it can cause a loss of traction in dry pavement conditions.

(And does the City Force Work with guns or just chains and whips?)

Channel 12 did a bit on Portland's gravel and the slow clean-up - BikePortland commentary cameo!