Did you know gravel and back roads are a thing now?  Even the hard core cyclists and racers are getting into gravel.

And this morning he posted a full ride report.

The ride across rural roads in West Salem had been scheduled for the 9th, but the big storm forced postponement to the 23rd.

Though it started and ended at the golf course, the focus was on gravel and the back roads. 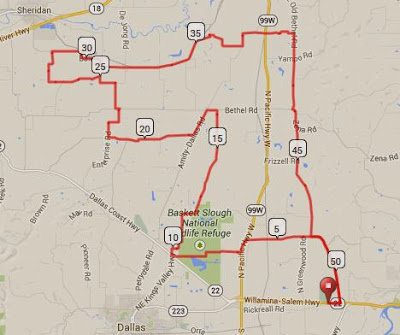 It went through the 19th century villages of Perrydale, Ballston, and Bethel, by cemeteries like Pleasant Hill and Bethel again, by wonderful Victorian homes like this one in Perrydale, and of course it passed the Oak Grove Church where Maus shot his bike.

Here's more on last year's version in an online magazine devoted to the gravel riding.

Maybe as these things grow in popularity, there will be interest in "slow" versions, one that stops for the cemeteries and houses and birds, and isn't bothered that you might not be able to form a pace line!

In any case, it's great to see interest in the back roads and byways.

Over at the Hallie Ford Museum right now an online tile uses another one of Constance Fowler's landscape's. 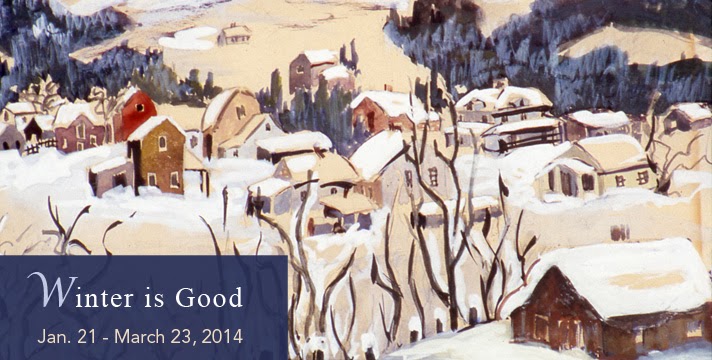 It shows the Waldo Hills, and while we've seen ways that Fowler doesn't always paint straight history - ways she sometimes alters "photographic" reality for compositional purposes - I have wondered if this was an idealized view of Macleay looking east or northeast.   Do you know of another community this dense below the Waldo Hills.  Maybe Shaw, Aumsville, Sublimity? It's not wise to take the representation too literally, but as her woodcuts showed, she had an interest in documenting local history.

Even though it's not the same house, the red one on the left makes me think of this house a bit above Macleay in the Waldo Hills.  They aren't the same house clearly, but they rhyme a little. Plus that red. 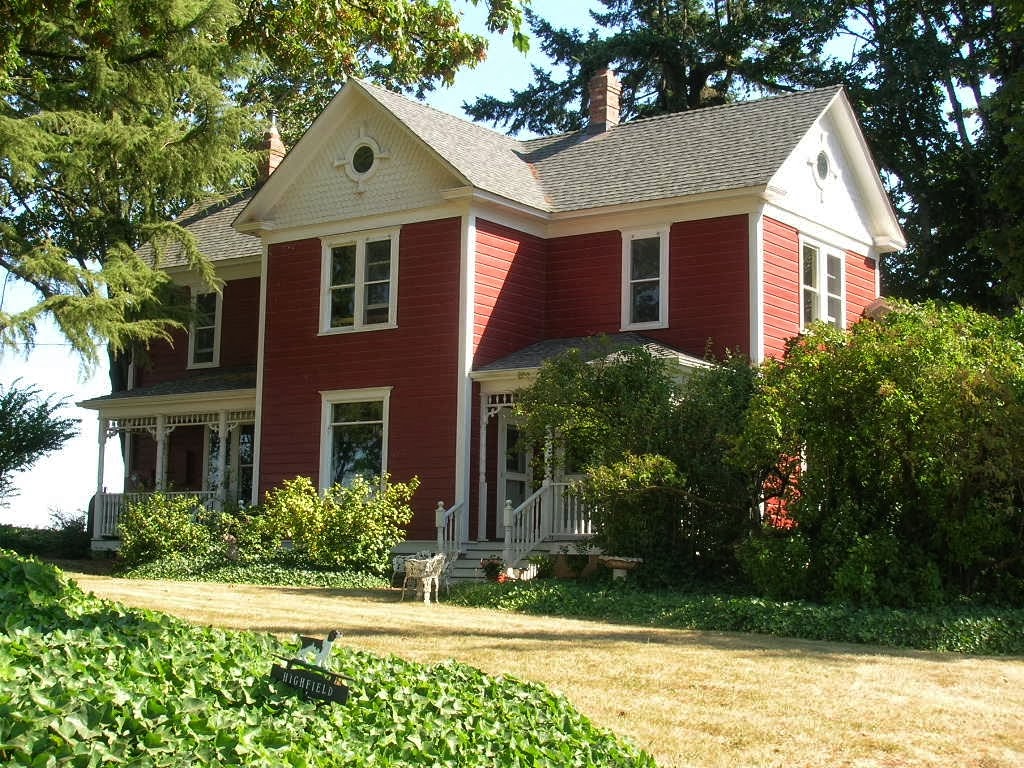 It's the kind of thing you notice when you're out on a leisurely ride in the country.

And as we turn to the prospect of the loss of the very oldest of the settlement-era farm houses, many of which are not themselves on major roads, figuring out forms of history-oriented bike tourism could be an important ingredient in the strategies for saving the buildings.


Posted by Salem Breakfast on Bikes at 12:01 PM