200 Years of Retrofit: Our Sorry Rate of Seismic Work 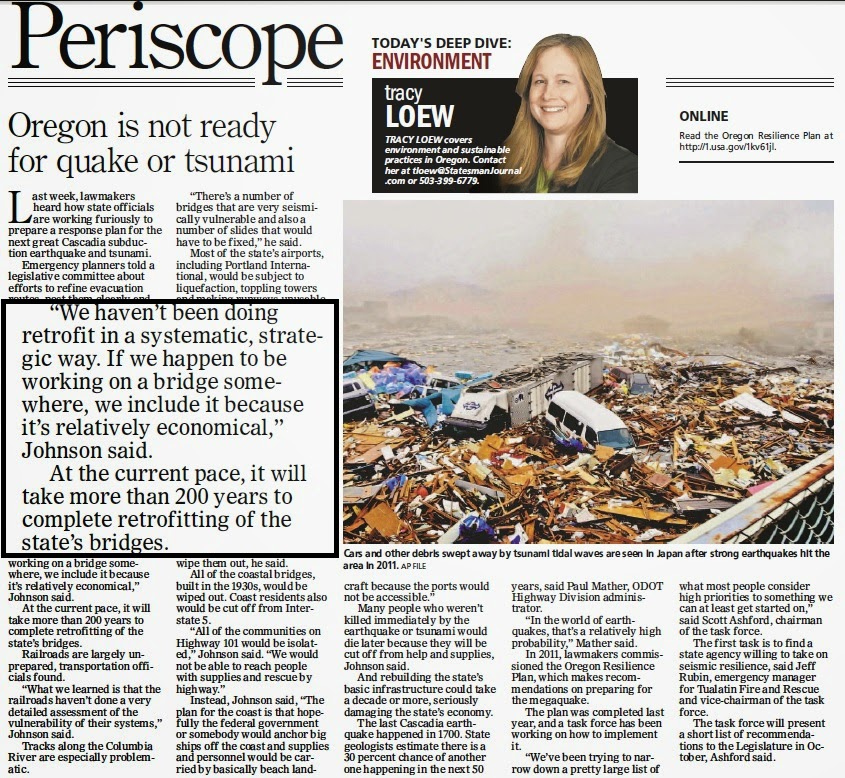 "We haven't been doing retrofit in a systematic, strategic way...At the current pace, it will take more than 200 years to complete retrofitting of the state's bridges."

At this point it's old news, but maybe there's value in repetition. "Oregon is not ready for quake."

Our big bridges across the Willamette River are likely to collapse in a big quake.

Same for our smaller bridges, most of which are "beyond their planned 75-year lifespan."

A third bridge would also be built in a "liquefaction zone," itself requiring massive seismic stabilization.

In a world of limited financial resources, is the policy choice we really want to make in favor of a big new bridge and not in favor of reinforcing our existing bridges? What about schools and hospitals and fire stations and police stations?  Are we really going to rank a giant new bridge and highway over these other things? The bridge planning effort is a real distraction. It's time to pull the plug on the third bridge and focus on more important things.
Posted by Salem Breakfast on Bikes at 8:00 AM