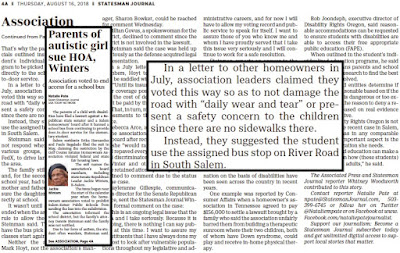 So many interesting things in today's piece about a dispute over yellow bus service on privately maintained roads.
There are probably other interesting themes as well.

I'm not sure there's enough detail here to have a close reading or any settled opinions on the matter right now, but it will be an interesting story to follow, and there will surely be more to unpack as the story develops and details come out.
Posted by Salem Breakfast on Bikes at 12:01 PM

Email ThisBlogThis!Share to TwitterShare to FacebookShare to Pinterest
Labels: Safe Routes to Schools