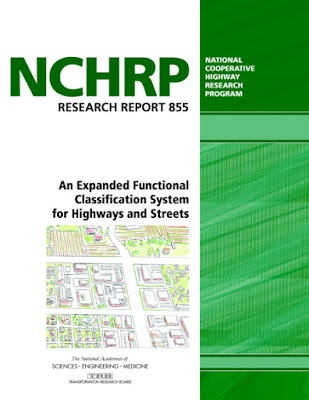 The Mid-Willamette Valley Area Commission on Transportation, a tri-county board subordinate to the Oregon Transportation Commission, meets on Thursday the 4th, and they'll be getting an update on a new project at ODOT that looks a little interesting:


ODOT is working with stakeholders to develop a new method for speed zoning within Oregon. Nationally, there has been a reliance on 85th percentile speeds to set posted speeds. The proposed speed setting process will be based on work done in NCHRP 855 that expanded the functional class system using context and the work currently being done within NCHRP 17-76 developing new guidance for speed setting describing the factors that influence speed setting. [links added]

The rest of the meeting agenda isn't all that interesting for our purposes here, but it's good to be alerted to this potential change on the 85th percentile doctrine. (As well as a shift in thinking on the functional classification system.)

Here are some of the slides from the presentation and a little bit of comment in captions.


This is potentially very interesting and may be worth following in more detail. ODOT doesn't seem to have a project page on this, however, and there may be more to say later.

BikePortland has news on ODOT's process for changing speed zone evaluation, "The outdated and dangerous 85th percentile rule is dead in Oregon."