Statesman Says: Driving is Dangerous (So Shouldn't We Do it Less?)

It's important to make the roads safe for everyone. People on foot or on bike are small and you feel especially exposed and vulnerable.

But most crashes involve only cars. They don't involve people on foot or on bike. And "road safety" can become a way to make it easier for cars to go fast rather than a way to make it more difficult for cars to crash and hurt someone. If speed kills, why don't we embrace slow? 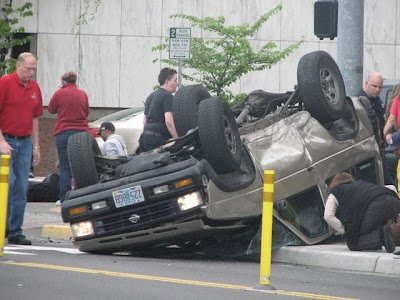 In an editorial today, the Statesman writes that

driving is the most dangerous task that most people will ever handle. It deserves and requires every ounce of our concentration.

If doing something is dangerous, then doing less of it will reduce risk and harm far more than doing the same amount and trying to do it more carefully.

So why don't we encourage people to drive less? Shouldn't that be the Number One safety strategy?

And let's tell the story that bicycling and walking are safe and healthy choices - the more people who walk and bike, and the less who drive, the safer are our roads. Numbers matter.

So, again, it's driving that's dangerous. So take the bus. Bike. Walk. Do things that really make the roads safer! 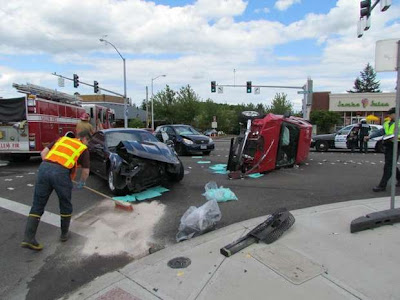 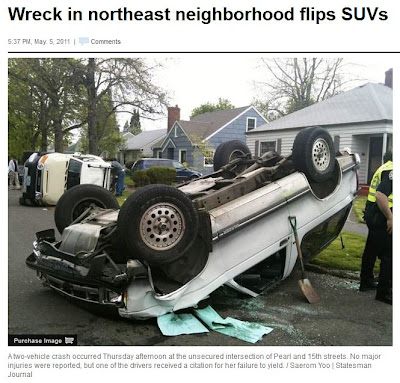 (Salem crash photos from Statesman-Journal, 2011.)
Posted by Salem Breakfast on Bikes at 8:30 AM