The City's Budget and Transportation: Thrift and Making Do with Less 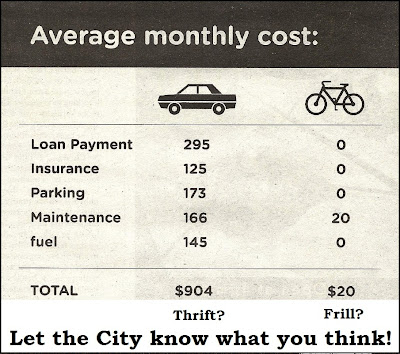 In the Statesman was a piece about the most recent projected $10.5M shortfall in the Salem budget and community meetings to brainstorm and prioritize corresponding reductions to follow.

According to the City:

Instead of wild road expansion - which will make it more difficult to get to Roths, by the way! - the City ought to promote thrift, thrift in households and thrift in capital budgets. 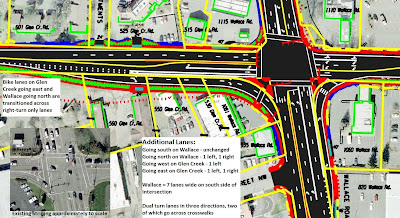 (Click to enlarge)
An easy way to whack almost $12,000 from household yearly budget is to ditch the second car!

A corresponding capital investment by the City in active transportation would be equally thrifty. Call it ROI, or bang-for-your-buck, bikes offer a huge return.

Here's another way to think about it.

A few months ago, maybe you saw the GM advertisement that implicitly calls college students who bike "losers" and suggests they upgrade to a fancy new car.

Giant took up the gauntlet and released this satire - which actually also plays straight! 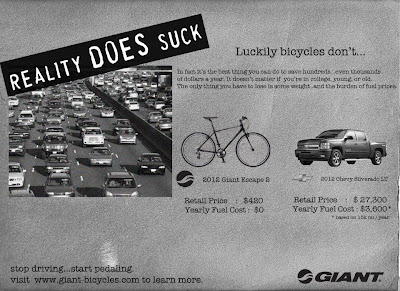 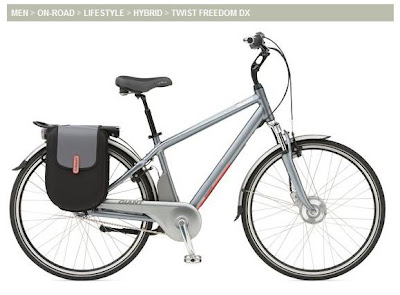 According to the City Council ward reapportionment project, there were 24,239 people living in West Salem in 2010.

A bike, with a battery for the hills, and a outerwear package for every resident: That's $433 million in savings!

So sure, that's an reductio ad absurdam argument, but it shows how we argue on the details and miss big picture things that would really help us thrive in the changes to come.

As always, your local bike shop can help!