With the news yesterday the Bob Cannon will likely resign from City Council, there are two confirmed openings and the possibility of a third. If you live in one of these districts, consider running! Salem needs transportation-minded Councilors to help steer the City, a big and unwieldy ship, from Eisenhower-era 1950s America into the 21st Century! 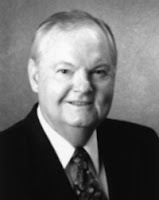 Cannon's ward is in South Salem.

Salem City Councilor Bob Cannon said he probably will resign before his term ends at the end of the year.

Cannon has represented Ward 7 in South Salem since appointed by the council in 2008.

Since November, however, Cannon has spent much of his time out of town in order to look after investments in Southern California and has attended council meetings via telephone.

"I will not be seeking reelection," Cannon said in a phone interview Thursday. "In all likelihood I will resign at or before the primary."....

Warren Bednarz and Even D. White each have filed paperwork to run for Cannon's seat in the May 15 primary election.

Candidates have until March 6 to register for candidacy in nonpartisan or major party office with the Oregon Secretary of State. 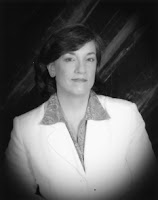 Yesterday it came out that Diana Dickey would not be running again.

Dickey, who has represented Ward 5 in North Salem since elected in 2008, said serving on council has been a rewarding experience, but she would like to spend more time with her family.

“If I had the time I would continue to do it,” she said.

Dickey is a health educator with the Marion County Health Department and works as a substitute teacher with the Salem-Keizer School District....

No one has filed to run for the position. 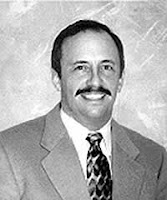 The situation in West Salem is less clear. In December Dan Clem filed to seek a position on the Polk County Commission. But he probably won't resign from Council unless he's elected to the Commission. So there is not, strictly speaking, an opening yet. Unlike Dickey and Cannon, whose terms end in December 2012, Clem's term doesn't end until December 2014.

In the announcement, Clem highlighted transportation:

Clem said transportation issues are front and center to him, especially regarding the Salem River Crossing.

“I think that Polk County has been well run in the past: I think it’s priorities on public safety and transportation and education are there,” Clem said. “But I’m sensing that those priorities have changed and I kind of want to restore those priorities or play a role in it.”

“I think there will need to be a high level of coordination and cooperation from all parts of PC cities and ODOT, and I’ve spent 9 years doing that,” he said.

Is transportation the single most defining issue in West Salem? Sometimes I think it is. West Salem's own commercial district is thin, residential development has grown sprawly, and you have no choice on where to cross the river. Transportation constrains a lot.

New faces on City Council offer great opportunities for folks interested in rational mobility choice! Is this the right moment for a $500M project like this?

Or do we, facing increasing pollution and greenhouse gases, facing increasing obesity and diabetes, and facing declining budget opportunities, look to new mobility choices that cost a whole lot less and at the same time better serve the community?
Posted by Salem Breakfast on Bikes at 6:00 PM

This points up how poorly our ward system serves us ... By artificially dividing citizens into geographic wards, which mainly serve as incumbent protection devices, most of the city is prevented from contesting for most seats ... Even if the issues are all city wide.

What would really help Salem is a better way to elect from a single citywide district that pits all the candidates against one another at once, including incumbents, so that the citizens get to elect the best from a larger field at once, rather than having the choices constrained by the line drawing that divides us up.

Does one have to hold citizenship to run for city council?:)

That's a good question, Walker, and I've been thinking about it. I'm not sure I agree, though. When I have gone to neighborhood meetings, it is very nice that the NA's Councilor and not some at-large Councilor attends them. I'm also inclined to think that the smaller scale of ward elections insulates candidates and the races some from "big money."

I am more inclined to look at the volunteer nature of sitting on Council. The system almost seems designed to swamp Council with detail. For each Monday meeting there are hundreds, sometimes thousands, of pages of staff report to digest on a short time frame. The process is incredibly staff-driven, and I don't see how it is humanly possible for a Councilor to arrive at a considered analysis of every matter - they must pick-and-choose. This, I think, creates a strong inertia, and it has seemed difficult for a Councilor to round-up 4 additional votes on a matter with whose staff report and recommendation they disagree, especially as a matter of policy as opposed to popular politics or sentiment.

The matter of reforming Council and City government, though, is fraught with unintended consequences I fear, and it would be surprising I think if a hypothetical reform performed as intended!

Over the weekend I saw Councilor Dickey in the grocery store and she has now publicly announced what she indicated there: She has reconsidered and will be running for re-election.