At the Legislature: Bills in Week 2 of the Presession 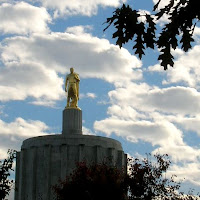 There was actually some movement at the Legislature last week.  A few bills were even referred to committee, all on the Senate side.  And commenters on last week's note pointed out a few new bills to follow.

Here's an update on the first group of bike- and relevant tranportation-related bills:
And again, do you know of other transportation and especially bicycle-related bills to follow?

The regular session kicks off on February 4th and all of this year's legislative updates are tagged 2013 Legislative Session.
Posted by Salem Breakfast on Bikes at 11:00 AM