The Cherriots Board meets Thursday the 28th, and there are several things of interest on the agenda.

Probably at the top of the list are the responses to outreach, surveys, and other questions about how best to fund weekend and evening service.

In the packet is the January recommendation from the Chamber:


[I]t is clear that the Salem Chamber is strongly opposed to any payroll tax presented to voters as a revenue option to accomplish Phase 2 planning. The Chamber would most likely lead formal opposition to any payroll tax campaign presented to voters as we feel the costs of expanded service should be shared more broadly across the community as a whole.

In regards to the other funding option for Phase 2 planning, the Salem Chamber would not oppose a 5 year operating levy placed on the ballot for voter consideration. An expansion of evening and weekend service would benefit many in the community and we feel a strong campaign led by the Transit Board of Directors could result in success for your organizational goals. [italics added]

It is interesting that the Chamber does not see transit as a worthy investment for business and employee recruiting and retention.

No position appears to be taken, and the report is for information only and staff look to come back with a recommendation later.

There is also a relatively large quarterly report from Rideshare.


The Drive Less Connect numbers seem routine - carpool trips are up, but so are drive-alone trips. The weather probably boosted walk and bike trips some. It will be interesting to see if the new "individualized marketing" campaign for NEN and Grant neighborhoods makes a dramatic boost to the program's usage, which considering it's for a three-county area seems like it still basically rounds to zero in the big picture. 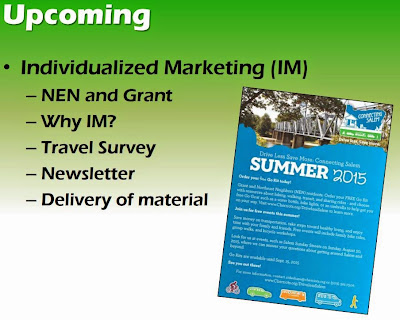 One reason this program is especially important right now?

Yesterday's note about the prospects of the seismic retrofit at the Capitol. You may recall that the Capitol would be relocated temporarily and with change there is an opportunity to leverage additional change to commuting patterns, especially for State workers who live an easy walk or bike to the Capitol Mall area. (We'll come back to this in a moment.) 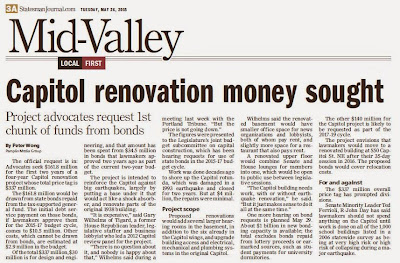 Also in the Rideshare report is a representation of part of the walking map a group of Willamette students is working on. It'll be interesting to see the final copy. 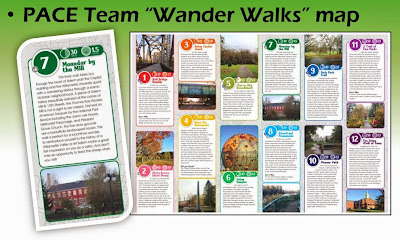 Back to the Capitol

Unrelated to Cherriots, the news about the Capital seismic work has interesting bits: