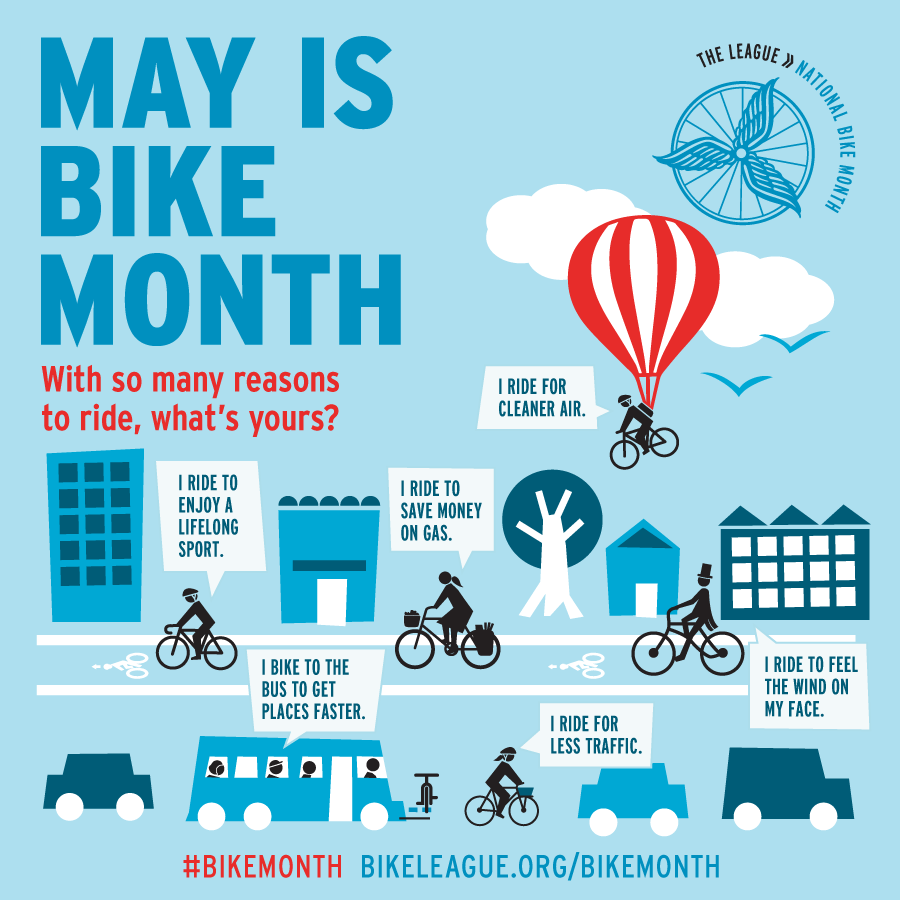 And it looks like the Bike Club is really getting into it this year!

They're highlighting the fact that Salem doesn't have any bicycle-friendly-businesses this year. (Though SAIF was an honorable mention a couple years back.)

The Novice Rides kick off this month on the 9th, and in addition to Ankeny, they are adding a second starting point at EZ Orchards on the 24th.

The Club is also participating in the ride-logging National Bike Challenge. The goal is for 400 people riding.

On Sunday the 17th is the Salem Bike Boulevard Advocates field trip to Portland to check out the design of and get first-hand experience with their bike boulevards.

On Wednesday the 20th, the Salem Bicycle Club hosts the annual Ride of Silence, in memory of those hurt or killed while riding a bike.

In more general news, the Northwest Hub has been moving and sometime this month they'll be announcing the new site. (If you look closely at photos they've posted, you can figure out the new storefront!)

If you know of other significant bike events, drop them in the comments!
Posted by Salem Breakfast on Bikes at 7:00 AM