It's so great to see hops on the front page of the paper again. (Though not so much the effects of the hot year.) 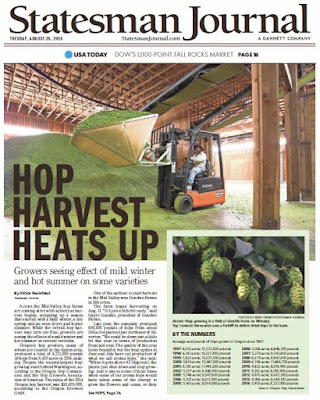 And while the Belluschi Bank on the corner of Liberty and Chemeketa is still with us, a reminder once again to stroll by this weekend and enjoy the reliefs to labor and industry. The building is slated to be demolished, and these reliefs by Frederic Littman will likely disappear.

The Downside of Road "Improvements"

The labor on Skyline Road is almost done, and folks can already see the problem:

Skyline Road is going to be great except people are gonna be driving 60 on it
— SmellsLikeTomSpirit (@tmundal) September 4, 2015

Under our paradigm of hydraulic autoism, the "improvement" from two lanes without sidewalks or bike lanes, to a three lane configuration with a center turn lane as well as sidewalks and bike lanes constitutes an "upgrade to urban standards." This one is to a "minor arterial standard."

It's still a widening and capacity increase. And most importantly, the wider street provides visual cues to drivers that they can speed safely: The driver error of speeding will be accommodated and "forgiveness" for this error engineered into the road. (Remember the way that 15% of drivers - that's well over 4000 a day! - on one section of Commercial Street go more than 40mph in a 30mph zone.)

This is a part of the reason why efforts to relieve congestion are in some fundamental ways counter-productive, and tend to encourage new kinds of jay driving and well as inducing additional traffic on the road, which ultimately re-congests.

For people on bike, it's great that there are new bike lanes, and these bike lanes will certainly better serve those who are already out bicycling on our city streets. But because of the increased speeds by adjacent auto traffic, these same bike lanes will not serve or recruit people new to bikes. A family with children is not suddenly going to find Skyline here an easy and pleasant place to bike.

Designs like these don't expand access to bike transport very well; instead they function principally as accommodation for those who are already biking.

We need a new approach and a new set of standards. 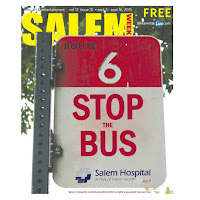 Hopefully you saw the Salem Weekly cover story. If not, it's important!


Salem Health has come out against a measure designed to expand bus service in Polk and Marion counties. The measure, up for public vote this November, would allow weekend bus service, later weeknight hours, youth passes for middle and high school students and holiday service.

This is crummy (you might have stronger words!) and not at all community-minded or health-minded.

More drought news and warm water fish where they didn't used to be. It's not just the salmon dying in inland streams and rivers too hot. It's total systems. 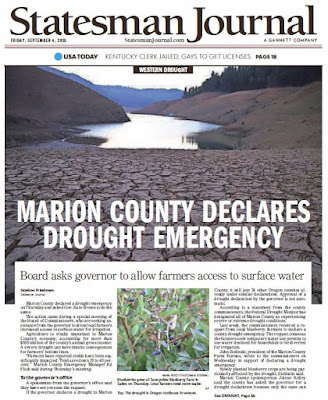 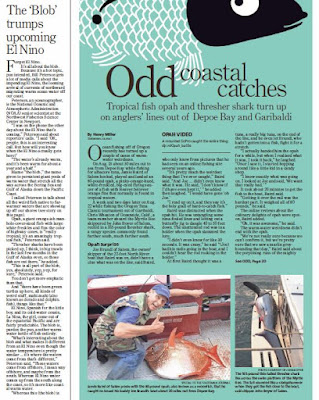 The Hospital's opposition to transit gets worse. In a way they flipped money from Cherriots to oppose Cherriots.

From the Lund Report:

"To add insult to injury, $50,000 is the same amount of money that the Salem-Keizer Transit District gave the hospital to hire a coordinator to improve non-emergency medical transportation for patients, who often have no means other than a private automobile to reach the hospital or other medical needs because of meager public transit service."