The City just announced a nice moment (and probably also calculated for good PR) at the new Police Station, a public archeology day.

The area for the Police Station is between centers of the earliest urban activity in old Salem: Along Mill Creek and at Boon's there was early activity in the north, and then downtown, along Pringle Creek, and at Willamette University.*

The Police Station site is sandwiched a little between them.

I don't know of any photos of the block, but by 1895 the Sanborn Fire Map shows a reasonably well developed residential area.

On the corner of Liberty and Division also note the "Lodging House" and in back off the alley a corral. There are also outhouses.

Running down the middle of Division is an old Mill Race we have lost track of!

During work last year on the Front Street railroad, the old Oregon Electric line, there was an episode of "inadvertent discovery," and part of this Mill Race was documented after it turned north from Divison. For reasons that are not altogether clear, as the prospects for vandalism or other harm really don't seem so high, the City chose not to publicize this discovery, but there is an official City report on it.

So there is a chance that archeology on the Police Station site and any associated road work would also turn up further traces of that Mill Race. Even if this was itself not an industrial site, it was adjacent to them.

When we move to the next edition of the map from 1926, several of the buildings appear to have different footprints and were likely replaced. But some of the building outlines do look the same. The Lodging House, alas, didn't make it.

On the corner of Division and Commercial there are several small apartments, mostly duplexes and one four-plex. It doesn't look like there's anything commercial here by this time.

The Mill Race is not shown, so it appears to have been abandoned and paved over by then. 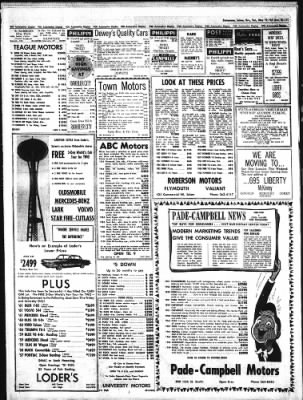 In the 1950s and 60s, the area transitioned to the expanse of car dealerships. You may recall the photo of the McKinney dealership kitty-corner from the UGM site at 430 Commercial Street NE. On May 12th, 1962, they advertised "We are moving" to 695 Liberty Street NE, just south of the new Police Station site, across Division.

And now, after the cars have moved again, mostly out to the Parkway, we are in the process of building a large public office building on the site.

Even in just 150 years, there's a complex history with multiple layers of urban development here, and it will be interesting to read any final report.

In the announcement for the public event, they say they found stuff already:


Under the #ThisIsCool column ... archeological excavation is occurring on the site of Salem's future police station! As a publicly-owned site, the City of Salem is responsible for ensuring the redevelopment of the site does not adversely affect any known archeological or historic resources. An exploratory trench was excavated in July and a few artifacts (glass jar and miscellaneous nails) were found. That then meant additional trenches needed to be explored.

Now it gets even cooler! You're invited to come observe the work on one of the trenches! Yes, next week the public is invited to Archeology Day. Observe the work being done by archeologists from the Oregon Archaeological Society, students from Willamette University, and our very own City Archeologist Kimberli Fitzgerald. Date, time, and location on the flier below, or see our Facebook Event Section.

The "Day" is actually a little short, unfortunately more like a "lunch," and it takes place on Monday the 10th, between 11am and 1pm. The brevity of the two-hour "Day" hopefully will leave people wanting more.

(The photo in the announcement actually shows Front Street and nothing of the Police Station site. You can see the photo here, and a more detailed image that overlaps it a little here. They do give a sense of the texture of residential development in that 1895 Sanborn map.)

The Police posted a "Done in One" video clip, and they say they have have found things from "the early Pioneer period and the Native American period," including "stone tools, obsidian, and one arrowhead."

In our popular historical self-understanding it is rare we adequately account for the squatting and dispossession, sometimes outright land theft, that yielded the first titles to land in Oregon under the United States.  These are uncomfortable facts we prefer to skate over and have instead a vague sense of Creation ex nihilo for our current system of property. We talk about "Chemeketa" and "Kalapuya," but don't think in any detail about the mechanism for the land transfer.

There was a process, though, sometimes extralegal, sometimes assisted by gun or disease, in all cases shaped by unequal power, even when there was a treaty, that created the claims to land we now employ without much thought in our current mode of living and set of property transactions. The originating moment for these is messy, often unjust, and we should give more thought to that.

That's not probably going to be at the center of the archeology for the Police Station, but it's something that should be background and deep context. It shouldn't be erased. It is also possible also that at some point traces of Kalapuya activity or settlement will turn up. This doesn't seem like the likeliest spot, but you never know.

Back to the settlement time, anthropologist David Lewis has documented some evidence for a name change here, from Chemeketa Creek to Mill Creek. His blog and website is always interesting, and perhaps he will have something to say about the project, perhaps is even consulting on it, at some point.
Posted by Salem Breakfast on Bikes at 12:01 PM