During the construction at the State Hospital, connections east and west have been more difficult: The bike lanes disappeared and clearances were very tight. Some folks had wondered if they bike lanes were gone for good.

Just a couple of weeks ago contractors finished the rebuild of Center Street with reopened bike lanes.

Here's two views. The photos are almost from the same spot (maybe 20 feet difference, but I did miss by a little - the foliage in the upper right corner is from the same tree in both images). 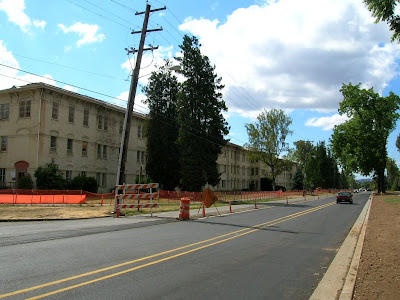 September 2010 with the disappearing bike lanes. 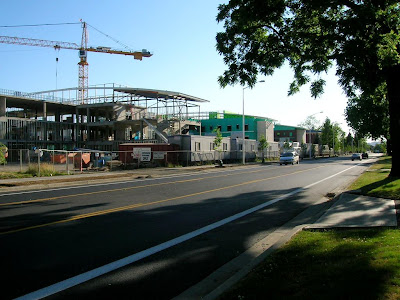 July 2011, with the bike lanes back. There are also a couple of pedestrian medians and new crosswalks. The utilities are also underground.
Posted by Salem Breakfast on Bikes at 12:01 PM

Email ThisBlogThis!Share to TwitterShare to FacebookShare to Pinterest
Labels: Barriers and Bottlenecks