Finally some sun! Here's the scene at Venti's Thursday early in the evening. 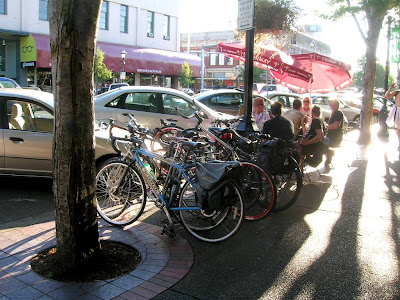 After Happy Hour, several folks had already left with their bikes. This rack has 6 parked bikes. 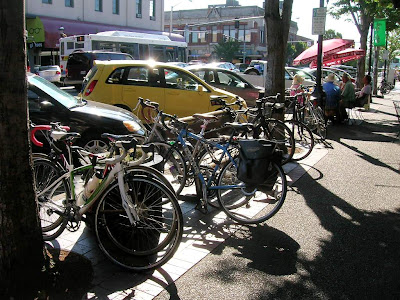 There are at least nine bikes in the frame, and one immediately out of frame to the left. At Starbucks on the corner and across the street at Napoleon's there were additional clusters of bikes, though not quite as large. Bikes are attached to trees, park benches, trash cans, and newsboxes.

Clearly there's a peak demand not met by existing bike racks.
Posted by Salem Breakfast on Bikes at 1:00 AM