The Election and the SRC - What if They would Fund it? 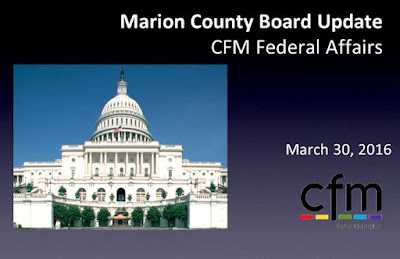 You might remember from earlier this year a report on the Federal lobbying for funding the Salem River Crossing.

The results of our Election make it interesting to revisit.

From here it's now very ambiguous, and points to an "on the one hand" and "on the other hand" reading. But it's important not to ignore it. What if local funding no longer has to be the bulk of it?

I'm not real psyched about relying on Vox for a Trump victory speech, but few outlets seem to have transcribed it. (Maybe later there will be reason to revise this.) It seems relevant to register the place of infrastructure:

We are going to fix our inner cities and rebuild our highways, bridges, tunnels, airports, schools, hospitals. We're going to rebuild our infrastructure, which will become, by the way, second to none, and we will put millions of our people to work as we rebuild it. We will also finally take care of our great veterans who have been so loyal, and I've gotten to know so many over this 18-month journey.

So infrastructure is one of the very first things our President-elect mentions.

More from his website's goals and policies page:

Implement a bold, visionary plan for a cost-effective system of roads, bridges, tunnels, airports, railroads, ports and waterways, and pipelines in the proud tradition of President Dwight D. Eisenhower, who championed the interstate highway system.

Link increases in spending to reforms that streamline permitting and approvals, improve the project delivery system, and cut wasteful spending on boondoggles.

Employ incentive-based contracting to ensure projects are on time and on budget.

That's not very helpful. But it does suggest that he won't be so skeptical about a giant bridge and highway.

At Slate a few days ago, in "While You Weren’t Looking, Donald Trump Released a Plan to Privatize America’s Roads and Bridges," they say:


Under Trump's plan—at least as it's written (more on that in a minute)—the federal government would offer tax credits to private investors interested in funding large infrastructure projects, who would put down some of their own money up front, then borrow the rest on the private bond markets. They would eventually earn their profits on the back end from usage fees, such as highway and bridge tolls (if they built a highway or bridge) or higher water rates (if they fixed up some water mains). So instead of paying for their new roads at tax time, Americans would pay for them during their daily commute. And of course, all these private developers would earn a nice return at the end of the day.

So two things stand out here:
Depending on the public's disinclination to fund a new bridge and highway with taxes, fees, and tolls no longer seems like a prudent basis for a critique of the SRC. It's possible there wouldn't be a vote. The Feds could give tax credits and a private entity could collect the tolls.

Probably, the fact that tolling would depress demand so much that it wouldn't ever make a profit would keep the project from moving forward - but the thing is, there wouldn't have to be a vote, and some corporate entity might see a way to squeeze out the revenue from any number of different streams. And even if residents turn out to be unwilling to pay a privatised toll, there still would be the costs of having bulldozed land and poured concrete.

So this is not very definite, of course, but it underscores that critique of the Salem River Crossing should not depend on "we can't afford it." If there is going to be a big Federal infrastructure program, we may not have to answer any question about local funding.

There are very imaginable conditions under which it may not seem so expensive, at least to local governments!
Posted by Salem Breakfast on Bikes at 1:30 AM

City Observatory has a nice survey of preliminary assessments, "Your guide to the debate over the Trump Infrastructure Plan."