At the MPO: The Public Draft of the RTSP and Resolution on Goal 7 is Closer

Our local Metropolitan Planning Organization meets on Tuesday to prepare the way for the public draft of the 2019 Regional Transportation System Plan and its formal Public Comment period.

There are some other topics to note in passing also.

The full Public Draft of the RTSP looks to go before the committee next month to be approved for a formal public release. Then in May they'll hold a public hearing and vote on adoption. This month they'll look at Chapter 7 with the project lists, Chapter 8 on impacts, and the Executive Summary. Next month we'll see the whole. (Chapter 8 was not in the meeting packet, however. So this post may be updated later. See notes on the Technical committee's previous draft version of Chapter 8.)

This version of the RTSP comes at a transitional moment. Salem City Council finally decided for the "No Build" alternative on the SRC, and much of previous editions of the RTSP (and a wider orbit of associated planning efforts) has been premised on some kind of big build for the SRC. Salem City Council is also finally undertaking a greenhouse gas assessment, and since the transportation sector now is the largest contributor to Oregon's greenhouse gas emissions, any kind of formal evaluation of emissions will now have consequences for transportation planning. Then there is the specific matter of Goal 7, which remains contested and in particular is a site of conflict between the reactionary forces at Marion County, and new perspectives at Salem City Council.

The RTSP is ostensibly a neutral document, but it's really shot through with assumptions and enacts a particular notion of "balance."

The balance may be tested this time around, and the supporting materials read a little anxiously.

At February's meeting, just after Council's decision on the SRC, the MPO deliberated whether to delete a set-aside of $20 million for right-of-way on the SRC.

They decided to retain the money, and not to allocate it elsewhere.

(Though in fairness, as I understand it, there are two main buckets of money, and this $20 million is in the more theoretical one involving funding projections for the future: "Committed" funds, which go out four, or sometimes six, years, are hard funding commitments on projects that are actually being planned and built; this $20 million is not for that, but is for "included" projects and projected funds, and these are future projects outside the four-year horizon of the firm funding commitments. It is not terribly difficult to revise funding notions on "included" projects. Retaining the $20 million for the SRC is more symbolic than actual budgeting action. Still, serious thought should be given to re-assigning it to any overages or enhancements on the Seismic Retrofit of the Center Street Bridge. That keeps it on the "crossing," but redirects it to an actual and actually useful project.)

There's also a discussion of the procedure for adoption of the RTSP, and for the first time it acknowledges that things could get sticky. Previously the adoption has been very routine, but not perhaps this year.

Will there be a showdown on Goal 7?

You may recall that Salem City Council, as well as many citizens, had asked the MPO for a formal goal in the RTSP to evaluate projects for greenhouse gas emissions. For a year now this has occasioned wrangling and debate.

The current proposed language for Goal 7 is rather milquetoast, and very specifically avoids direct language about emissions, mentioning only "impacts to the natural and built environment." A separate explanation says "consideration should be given to...greenhouse gases," but the nature of that "consideration" is not at all specified and just "thoughts and prayers" could easily meet that.

But Marion County is still not satisfied. They want to do everything possible to neutralize any consideration for greenhouse gas emissions.

While the draft RTSP (the April vote) does not require unanimity, the final RTSP (the May vote) must be adopted by unanimous vote. There is a real prospect that this will break down, and the MPO is taking care to telegraph what would then happen. It's very cumbersome.

So what to do about Goal 7? We have seen that the scoring matrix in which Goal 7 would operate has also been structured to give it little weight.

So as I think about Goal 7, I am changing my mind. I am not at all sure that insisting on a stronger Goal 7 right now is going to be effective in changing the nature of this edition of the RTSP, and the project selection in it. If we won a stronger Goal 7, what practical difference would it make right now? I'm not sure that it would, and a victory might be more symbolic than substantive.

I wonder if we would be better off yielding at the moment on Goal 7, making a tactical retreat, and looking to lay the groundwork for the next debate and battle. It's clear we need a deeper, broader cultural shift at the MPO in support for action on greenhouse gases, and a change in Goal 7 language is not itself that shift. Moreover, at this moment winning on the SRC was the big thing that mattered, not improved language on Goal 7.

It's hard to be sure, though, and you might have a different opinion. Maybe with the Clean Energy Jobs bill at the Legislature, it's useful to try to keep pressure and momentum going. 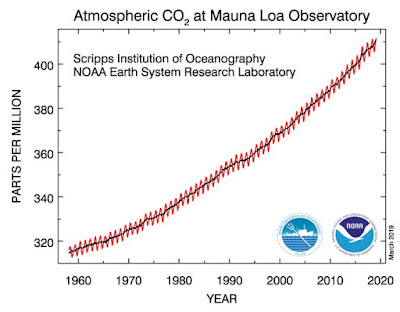 As a minor thing in the RTSP, it is nice to see what looks like a more exact definition of what counts as a "bicycle and pedestrian" project. In previous years, it has seemed like a number of "urban upgrades," which contained capacity increases for cars with a side of sidewalks and bike lanes, got smuggled into a bike-ped category. This definition looks like it ensures that projects we count as bike-ped are primarily bike-ped projects, and not some other kind of project with a bike-ped component, however large it might be.

Here for comparison is the language from the 2011 RTSP. (There's a parallel "pedestrian" one, and our current 2019 draft combines them.)

Also in the February minutes there was more on Safe Routes to Schools efforts. But it's hard to see how an MPO so invested in the SRC can also champion Safe Routes effectively. Whatever gains we might have made with Safe Routes would have been erased by the enormity of the SRC and its autoism. (And Safe Routes still gets concern-trolled by the MPO Chair, not to mention the hostility from the County!) It'll be interesting, too, to see more of the School District's commitment, since their bond construction plans focus more on parking lot expansion than any enhanced bike parking or other projects to dovetail with Safe Routes.


Finally, some schedule changes. The main one of interest here is that work on the Union Street Neighborhood Greenway will be delayed one year, now with construction out to 2021.


(The new windows for the MPO's building were also approved by the Historic Landmarks Commission.)

You can download the full meeting packet and agenda here.

This regular meeting of the SKATS Policy Committee meets Tuesday the 26th at noon. SKATS is at 100 High St. SE, Suite 200, above Table Five 08.
Posted by Salem Breakfast on Bikes at 12:01 PM


Public Service Announcement: The SKATS PC March Agenda Packet was been reposted to include the draft Chapter 8 which was omitted in the original posting.

(thanks for pointing out the omission)

The I-5 Rose Quarter expansion project "is built on population and employment growth forecasts adopted by the Metro Council and the financially constrained project list included in the RTP (Metro 2014). These growth forecasts and planned transportation projects incorporate the reasonably foreseeable future growth and major actions...[and] are analyzed as part of the Build Alternative for any resources that rely on traffic demand models: Air Quality, Climate Change, Active Transportation, Transportation Safety, and Transit."

Because the CRC is part of "the financially constrained project list," assumptions about it being built then are baked into the I-5 Rose Quarter project.

See "ODOT Used Long Dead I-5 Bridge Replacement To Plan Rose Quarter Upgrade" at OPB and "There’s a $3 billion bridge hidden in the Rose Quarter Project EA" at City Observatory for more on the way the CRC distorts the I-5 Rose Quarter analysis.

All this is a reason to think vestigial bits of the SRC should be removed from the 2019 RTSP, otherwise SRC assumptions could become part of the basis for different project here locally. We'll return to this next month as a talking point for public comment on the draft RTSP when it comes out.