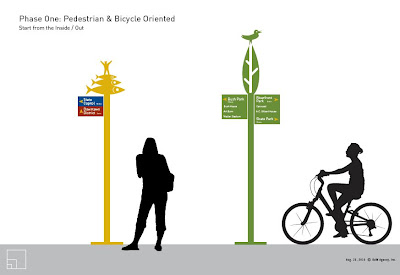 Rick Yurk of BAM will be at Travel Salem during First Wednesday to talk about the wayfinding project. He's got new poletop icons and wants feedback! He says he'll have

a draft of the WIC map, a prototype pole/icon, and an updated draft of icons for review (the series has grown from 6 to 10). In case that's not enough, there will also be a few wineries offering tastings during evening out.

Senator Ginny Burdick introduced Senate Bill 604, which appears to be another try at an Idaho Stop law. (Great video explanation here.) Not sure if it will have any more traction this year, however. On the surface it looks more symbolic than viable, but we'll see soon enough. 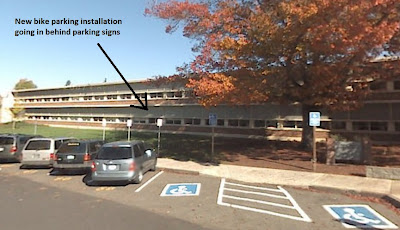 Maybe most excitingly, South Salem High School will be breaking ground shortly for a new bike parking installation at the front door.

Look for more in the next month!
Posted by Salem Breakfast on Bikes at 7:00 AM

Turns out SB 604 is going to be a classic gut and stuff, according to BikePortland.