Cherry-picking anecdotal "data" isn't really all that useful.  I love autoists who object to improvements for people who bike by appealing ironically to some indeterminate and distant future state when "bicyclists actually stop for traffic lights and stop signs."  To them it's eschatological, the Lion and the Lamb.

Chronically we overestimate in-group virtue and underestimate out-group virtue. But whether a person walks, bikes, or drives a car, jerks are jerks.

The next time I run into the old "motorists are law abiding, but people on bikes are lawless," cliche, I'll trot out this handy datapoint: Exactly a year ago Thursday and very early Friday, State Police issued 82 citations to people in cars near the Woodburn Outlet stores. 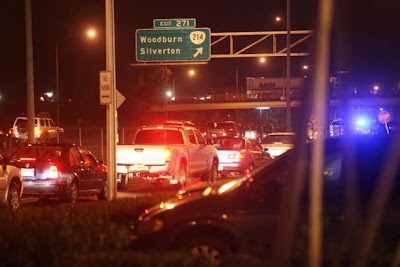 The Statesman added that


58 citations [were] for "Illegal Stopping or Standing" on Interstate 5.

This year presumably there will be a similar set of citations.

Also, in other actions this year!
That's a whole lotta local "exceptions"!  317 to be exact. Elsewhere around the state there were more.  Lots more. And these are just samples.  Samples of larger populations.  Not to mention the list of daily citations.  The number caught and cited is always much smaller than the guilty.

Compliance - and virtuous driving - among autoists is almost certainly a whole lot less frequent and less powerful than autoists think it is. How much cel phone use do you still see by people driving a car?  When you are walking, how long do you have to wait to cross a marked or unmarked crosswalk? 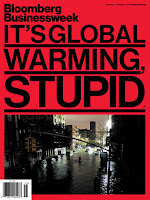 In addition to that, once we assume global warming as a given, the ethical hit by itself on the drive-alone trip is spectacularly underrated, ignored by the vast majority of autoists. (I mean, I'm driving, how can that be a problem???)

I don't want to argue that people who bike are especially innocent, as we are all fallible (and fallen), but I do want to argue that the virtue, the innocence, of the drive-alone trip, and those who swear by it, is always and powerfully overrated.

Back to the direct person-to-person social nexus, over at the Transportation Ramblings, Doug writes


Let's stop apologizing for other bicyclists. We've all had the experience. We're having a conversation with an acquaintance who knows we ride a bicycle or with somebody who we've just met who discovers that we ride. Suddenly we become the recipient of a long-winded story about that person's most recent negative encounter with a bicyclist. The story is breathlessly presented to us in a tone and with an attitude that suggests that we share culpability for the cyclist's actions.

Many of us then allow ourselves then to be drawn into a discussion of how cyclists need to shape up, how there should be more done to gain cyclists' compliance with traffic laws, and how education of cyclists about safe cycling is essential. (This latter "solution" is often accompanied by the observation that the roads will be much safer when all the elementary school students who are receiving bicycle safety education get behind the wheel of their motor vehicles.) Each of these would be helpful, but let's remind ourselves that there is no viable path to achieving full compliance with all traffic laws by all cyclists, just as there is no viable path to achieving full compliance by all motorists.

I mean, they can't even avoid stationary buildings, far from the roadway!


Don't apologize. Instead, share your most recent horror story about an encounter with a motorist with the same breathless enthusiasm to which you've been subjected. Make sure that the individual to whom you are speaking understands that you view it as their fault and that they need to find that person and get them to mend their ways. There's one significant difference. It is highly unlikely that the bicyclist who they encountered jeopardized their life. The motorist who you encountered could have killed you.

(Much of this is parroted from a post a year ago. But not all.  Just truth in advertising.)
Posted by Salem Breakfast on Bikes at 7:00 AM