How was your Bike to Work Day? 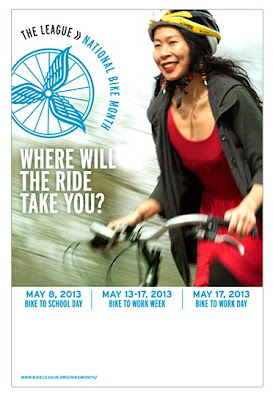 Did anything interesting happen at your workplace?  Any people try bicycling for the first time?

The report also has some interesting things about Salem, commuting, and sustainable transport naturally enough.

While ODOT has a goal of locating facilities in a manner that supports compact and mixed land use, they also sited a new office out in the Fairview Industrial Park - definitely not compact or mixed land use!  The report doesn't mention this.

The State used to buy transit passes for employees, but cut that with budget tightening.  It is likely that the incentive structures are still wrong and there remain too many indirect subsidies for the drive-alone trip.

Anyway, it's good to look at ODOT internals since they set the general policy for our roads - and one isn't going to get out too far in front of the other.  Making system-wide external change will require internal change with ODOT's own corporate culture.
Posted by Salem Breakfast on Bikes at 7:00 AM