One Census Tract has a 9% Bike Commute Rate! Another Look to the Strava Data

Yesterday BikePortland had a story on a neat new mapping feature from the Census' American Community Survey. One of the layers is a bike commuting layer.

Salem's map is less dramatic than Portland's. There are two tracts mostly south of Mission that are at 5.4% and 8.7% bike commutes. Several around Lancaster as well as downtown are around 4%. Even out south there's some 2% and 3% tracts. The West Salem hills and Fairmount hill are both at zero!

With small samples, the error bars will be real, but this is some good data. And the central city is probably closer to 4% overall than the 1.5% or so for the whole area enclosed by the city limits. Investments on the flats close-in could bring us to the 10, 15, even 20% that we see in close-in Portland neighborhoods. 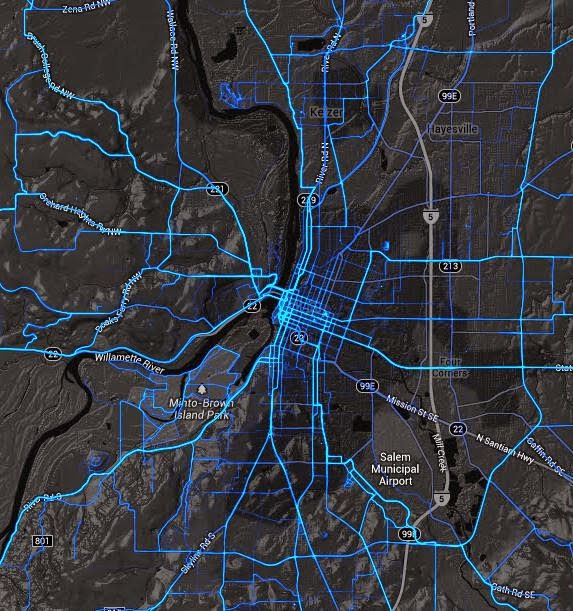 (Can anyone do a mash-up of this and the Strava data??? That would go a ways towards rectifying bias in the Strava routes!)


Posted by Salem Breakfast on Bikes at 10:00 AM

Not exactly on topic but not entirely unrelated either, this exercise of the imagination in images shows how sprawl can be rehabilitated into a livable city. Link:
Fixing Sprawl