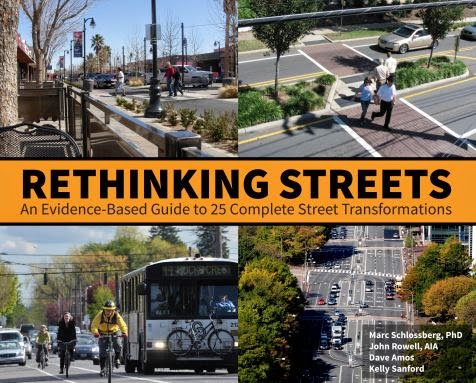 They'd printed a limited run of 1000 bound copies and distributed them, but I'd been waiting for an online version.

Maybe it's been out now for a while, but I just learned about the pdf today. You can download the whole book or just individual chapters here. 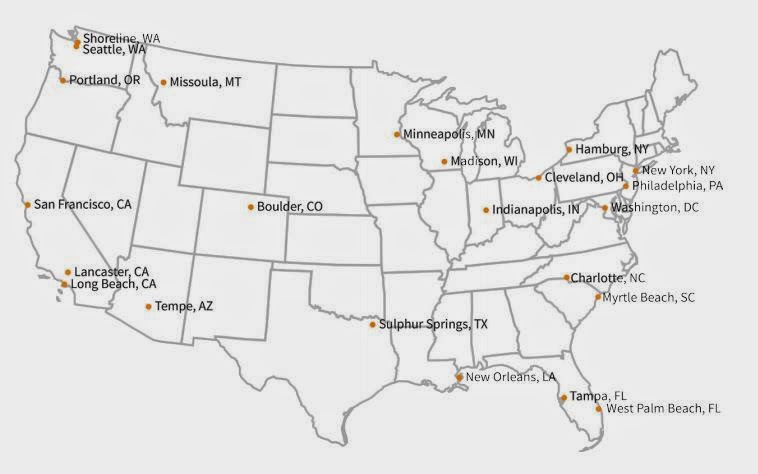 The central feature of the book is that it's based on case studies from around the country. Not just the biggest cities like those that dominate NACTO, and it's not hypothetical. It represents a mix of "real-world" conditions. 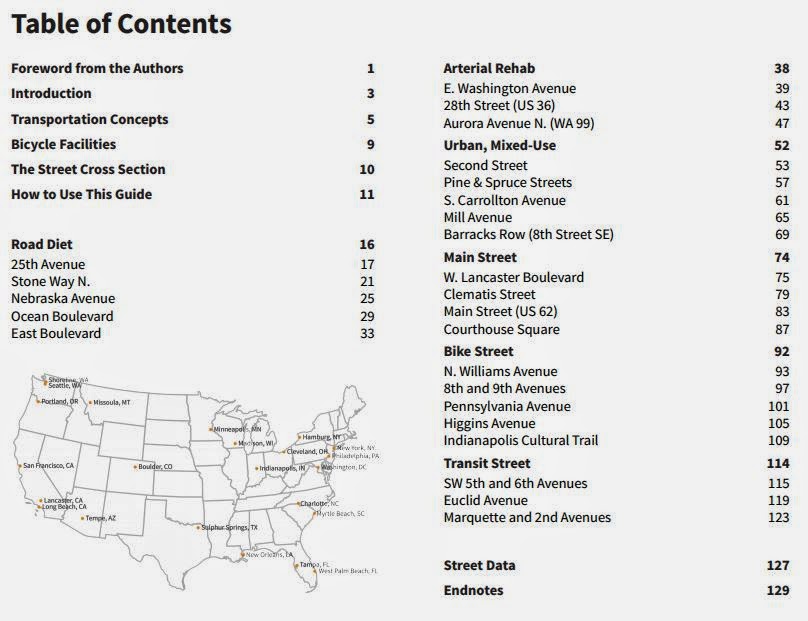 Check it out! Maybe you will find a treatment perfect for a problem street in your neighborhood. Getting the City to implement Bike and Walk Salem, the update to the City's Transportation System Plan, is going to take a good bit of citizen advocacy, and the more citizens who ask for it, the more likely a meaningful and strategic implementation will be formulated - instead of piecemeal, ad hoc implementation. Being able to point to a real-world instance of a treatment might help with persuading the doubtful. 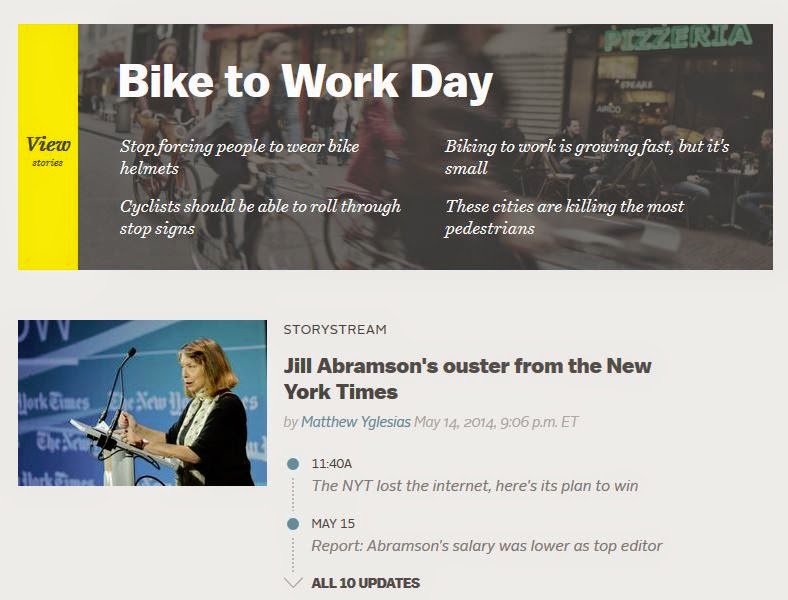 It's Bike to Work Day, but not much is happening here.  Cherriots and the City have been silent.

It popped up, though, in an interesting place.

If you followed Ezra Klein's "Wonkblog" over at the Washington Post, you'll already know about Vox.

It's one of them new-fangled digital-native journalism enterprises.  And in a week when the changing of the guard at the New York Times is still headline news, and in fact Neiman Labs has a fascinating piece about an internal Times report on the struggle to go digital, not to mention the recent refresh of our own paper to conform to the USA Today/Gannett Empire online template, if you don't already know about it, it's worth making your acquaintance. The future of journalism is going to look more like Vox than our USA Today retread.

The interesting thing about Vox today is that they don't just have one throw-away piece about "Bike to Work Day," but they have a collection of pieces!

As the next generation takes over, there will be more bikes and more bikey coverage!
Posted by Salem Breakfast on Bikes at 12:01 PM