A reader this morning sent in a picture from their commute down High Street on the brand new bike lane!


This was a pleasant surprise this morning...The buffer between the bike lane and the parking definitely added a feeling of safety.

(Update: See below at bottom - there's a pretty significant design change on the buffering that is very helpful.)

Donate Used Bikes to the Hub 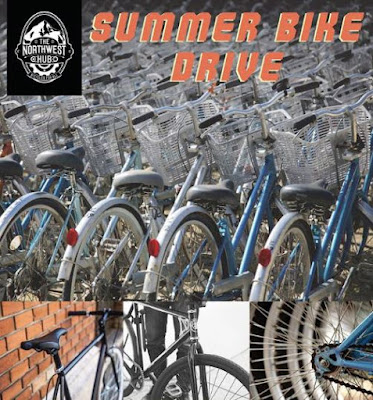 
Summer is upon us and used bikes and bike parts are in demand. Help us refurbish and distribute bikes to neighbors in need of transportation. By donating your used bike or parts to The Northwest Hub we will make sure that used bikes and parts find awesome owners just like you. Bikes refurbished from this drive will help our earn-a-bike program and continue to support the The Northwest Hub in its goad to provide bicycles for all.

Drop off used bicycle and/or parts on Saturday, August 6th, from 10am to 6pm.

On the one hand the political cartooning landscape is much busier nowadays, and it's hard to say how much he and his cartoons would stand out today. But Homer Davenport and his satirical wit would probably have lot to say about our election this year.

Davenport was also a cousin of Gov T. T. Geer, and Geer Park is where the new bike park and pump track will be built. And of course Silverton is really a gateway to Silver Creek Park, where the Salem Area Trail Alliance has been working on trail building.

So it's not at all surprising SATA is participating in the parade at this year's Homer Davenport Days in Silverton. In the mood for some bike fun? Join them! 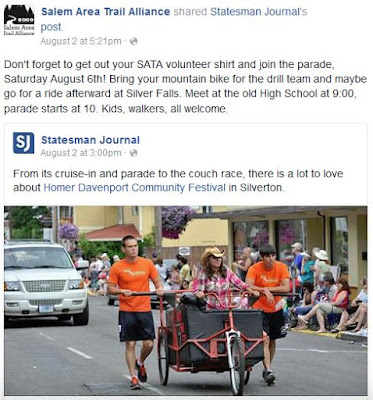 
This Saturday, August 6th, join SATA in the Homer Davenport Days Parade in Silverton! We have a great float, and need bikers and walkers for our escort and drill team. Just show up at 9:00 at the old Silverton High School with your bike or feet. If you don't have an orange SATA shirt or green REI t-shirt we'll fix you up. As long as you've come this far, consider a nice ride on the Catamount Trail when we are done!

Another Market-Oriented Critique of Sprawl

This infographic has been circulating some, and it might be a little interesting. It's Canadian and, like Strong Towns, and Market Urbanism, it looks like it focuses on a conservative financial case against low-density sprawl.


The amount of property taxes you pay don't cover the full cost of police and fire services. If we don't have economic growth, which is encouraged by these short term abatements, there is not new construction and therefore no new taxes. It's a kind of chicken and egg situation.

These arguments for the financial benefits of density are among the most important rebuttals, often more relevant than anything about lifestyle preference.

Maybe we'll come back to the report itself later.

Block Party at the Grand

Oh yeah, forgot about the block party downtown on High Street at Court and High! 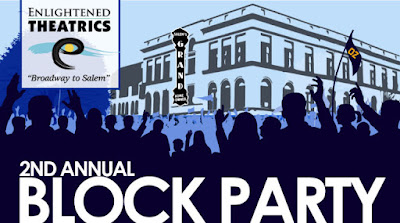 Saturday the 6th, 2pm - 7pm. Free. There will be food and adult beverages for sale.

That first one was at Macy's at Center Street.

Here's another view by the Elsinore at Ferry Street. One big question is how the right turn and prospect of right-hook will be handled in practice. I wonder if a striped green advisory lane and mixing zone would actually be safer than the dedicated bike lane here. Striping is easy to modify, so design elements can be iterated here.

Of the four strips I think the inner three are 4" and paint only. The outer strip next to the auto travel lane is 8" wide and has drunk bumps in it. That's a useful detail in the buffer.

Significantly, the drawings from this winter and spring did not show four lines:

And they did it!

So this modification is great to see. Probably there will be more to say after the project is complete. But these are promising things to note.
Posted by Salem Breakfast on Bikes at 12:01 PM

Just tumbled to the significance that there are four lines on the bike lanes, not just three. Added update and more pictured.

Missing currently are the 'person on a bike' icons. I'm sure they'll be added shortly but a few drivers were using the lanes as turn lanes at High & Court and High & Ferry.

Thanks Breakfast on Bikes and others for pushing our community inch by inch toward becoming a more comfortable place to live. I think this(added bike lanes downtown) is a great example of The City listening and making change when possible. More can be done, but we can celebrate progress.