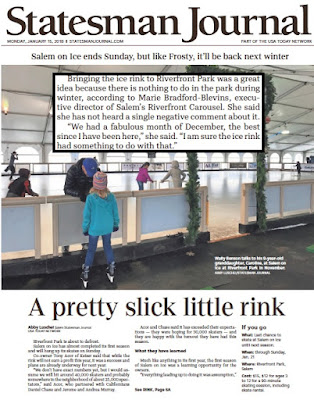 There's a positive assessment of the ice rink project on the front page today.

With the Riverfront Park planning process, some have argued against adding more things to the park and keeping open "green space." 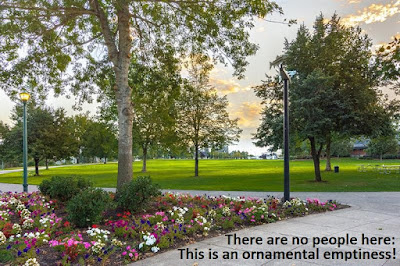 But in off-season moments, the park is very often empty. There are plenty of slack moments in the spring and summer, also. The park's value is in actual use, not in holding it empty, in reserve, for potential use.

As the City and the operator are able to analyze more of the numbers, hopefully it will be clear how and to what extent the project drew people to the park, and what spillover into downtown that might have had. This could bolster arguments for adding other amenities to the park and thinking about how people negotiate crossing Front Street to access downtown.

The Cult of Infrastructure

From Sunday, here's a different expression of faith in infrastructure and potentially overwrought engineering solutions. 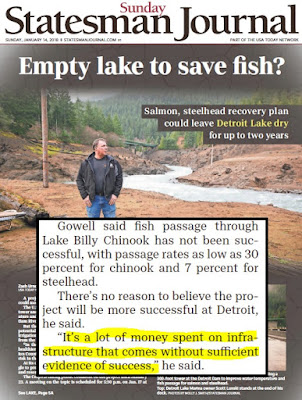 Salmon restoration is a very different project from decongesting bridges and other traffic projects. So there are limits to how far we might press a comparison. There are also different values in play, and even if some of the basic structural elements of the problem about flow (distinct from the engineering structures!) might be a little cognate, there are ecological values to flowing rivers that are utterly absent in flowing rivers of cars.

But it is interesting that a fish advocate says about the proposal and others like it, "it's a lot of money spent on infrastructure that comes without sufficient evidence of success."

Last week Eugene restored parking meters in downtown. They had taken them out during the Great Recession, but with the recovery, merchants asked for them back. Stalls weren't turning over with the right frequency and people were having trouble finding spots.

This is so spectacularly nuts, even though it doesn't have anything to do with Salem, it should be noted.

Of course the driver is erased, so a car is the subject and not a person. There's a surveillance video that shows the launch also.
Posted by Salem Breakfast on Bikes at 9:00 AM

The building clearly wasn't wearing reflective paint. Nor a helmet. Probably was texting, or listening to music.

(If you are curious or hadn't seen it, here is a compilation of local drivers crashing into buildings and other large, immovable objects well off the roadway. Since September of 2012 there's over 40 of them!)