The Bike Plan: Plans on a Shelf or Vibrant Road Map? 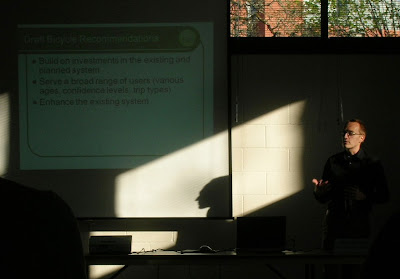 At last month's Bike and Walk Salem meeting, Rory Renfro talked about the draft bike plan. Tonight the advisory committee will meet again to start refining and prioritizing the plan.

But even once it's passed, the work will be far from over.

Just last month, City Council adopted a design for Second Street NW that was plainly inconsistent with the Edgewater/Second Street Action Plan. The plan was helpless in the face of contrary opinion.

Plans by themselves are not enough.

We are in a situation with these Lloyd projects (and to some extent the Williams project), where the lofty rhetoric and goals adopted in our much-heralded Bicycle Plan for 2030 are at risk of becoming irrelevant.

If Portland struggles with its Bike Plan, how much more will Salem struggle? And as little as Salem wants to "be like Portland," surely there are some lessons here.

If you're interested in making sure that Salem makes progress, be sure to read the two pieces. 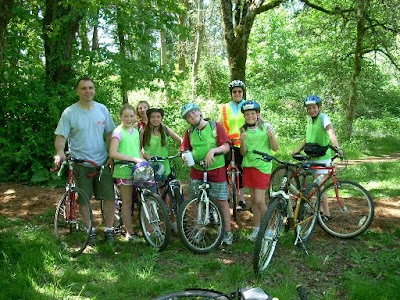 In happier news, Bike Safety Education Instructor Robert Fox reported that spring classes started on Monday and that they taught a student to ride a bike! The student fell several times, but was a trooper and persevered! Now she's bragging about the bruises!
Posted by Salem Breakfast on Bikes at 7:00 AM