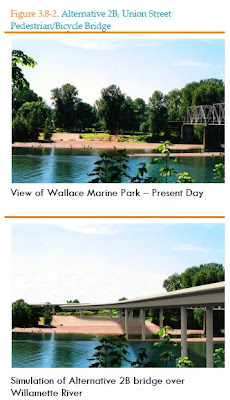 One of the sections in the draft Environmental Impact Statement for the bridge is titled "Visual Resources."

Here are views of alignment 2B and its relation to the Union Street Railroad Bridge and Wallace Marine Park. 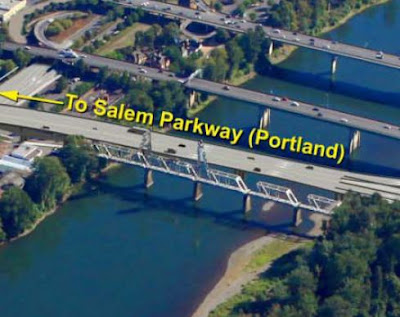 Here's a view of a viaduct over Front Street in the Highland neighborhood. (Is it too snarky to point out that the buildings have all been removed, so there's nothing for the mailbox to serve?) 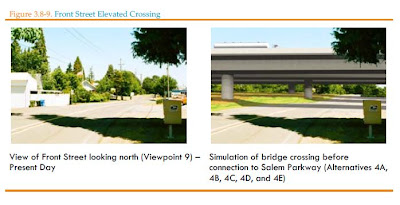 Here's another viaduct in Wallace Marine Park at Glen Creek and the Courthouse Fitness building. The ramps also take out all of the greenway on the south edge of Edgewater. 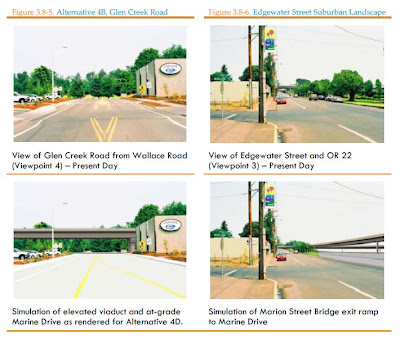 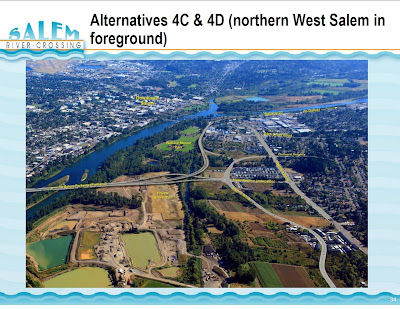 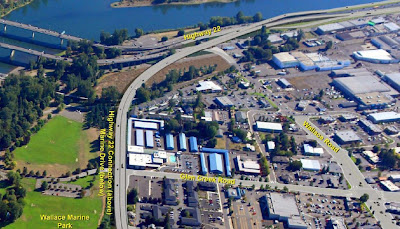 (For more on actual ramps, spandrels, and blight under Salem viaducts and bridges, see notes here.)
Posted by Salem Breakfast on Bikes at 7:00 AM

More devastation in the name of progress...at enormous cost (on a number of levels), rendering the older part of West Salem a wasteland for anything but drive-throughs. I can't help but feel the sub-text here is a complete write-off of everything not up on a hill. The potential for ever developing the North Front Street area for what it could be--really attractive living space next to downtown--would be lost. This plan would result in something much like the Banfield or I-405 "gulches" in Portland, only on stilts: ugly, loud, bisecting, and further ruining the core of Salem's potential for the kind of city people are increasingly looking for. The whole thing is quite short-sighted, really.

Ha! It is Free Comic Book Day, today. That would be a funny conceit for a comic book.

The gulches B+ points to is exactly right - as are the houses on the hill. The chapters on Environmental Justice and Socioeconomic Analysis aren't exactly models of clarity or forthright analysis.