Late last week the Salem chapter of the American Institute of Architects announced the 2014 design awards:


On June 3rd, the AIA-Salem Chapter gathered for an awards dinner to celebrate local design as well as to announce and present design awards for 2014. The event was moderated by Award Committee Chairman Alan Costic, AIA and Jurist Bill Seider, FAIA was on hand to present Awards as well as to provide jury comments and insight into their selection process.

Five Salem firms submitted a total of 13 projects for consideration to a three person Jury consisting of Becca Cavell, FAIA, Portland, Bill Seider, FAIA, Eugene, and Jane Jarrett, Portland. Upon deliberation, the Jury awarded two Merit Awards and one Honor Award. In addition, a People’s Choice Award was voted on by the public at large.

The last round of awards was in 2010, and with the Great Recession and all, there hasn't been very much new design and construction.  So that should frame our expectations. 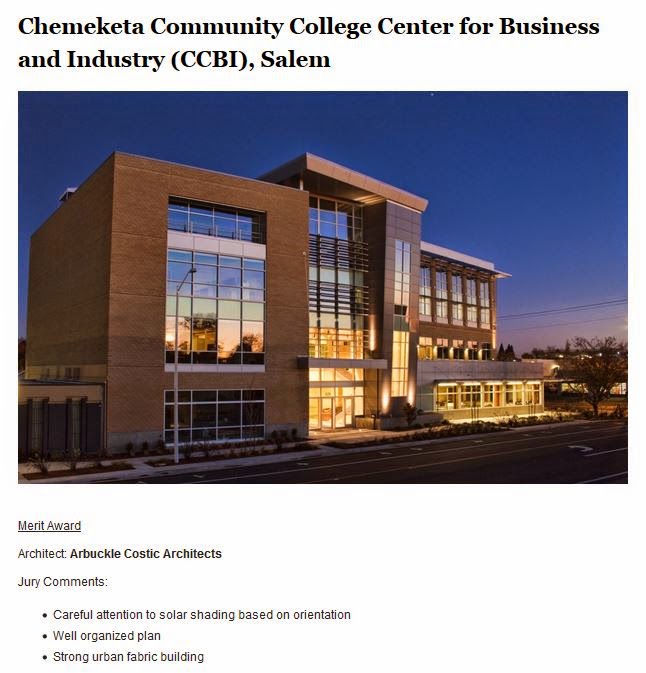 The Chemeketa Center for Business and Industry won a "merit" award, the second place citation. The jury citation is a little bland, however:
And I think it gets the "strong urban fabric" part wrong.

Indeed, I think it mistakes style and massing for functional relationships. It is telling there are no people in this image. And the first floor windows on the corner are for a classroom rather than for a restaurant or something with an active relationship to foot-traffic and sidewalk life. It doesn't really greet the sidewalk. And we've talked about the bike parking, which isn't very good. It's also not sufficiently mixed-use to qualify as a "strong" urban building. In the off-hours, as in the photo, it's almost as desolate as the parking garage on the kitty-corner.

By contrast a building with some admittedly awkward style elements mops the floor for functional relationships, and it is not surprising there are meaningful numbers of people in the photo! 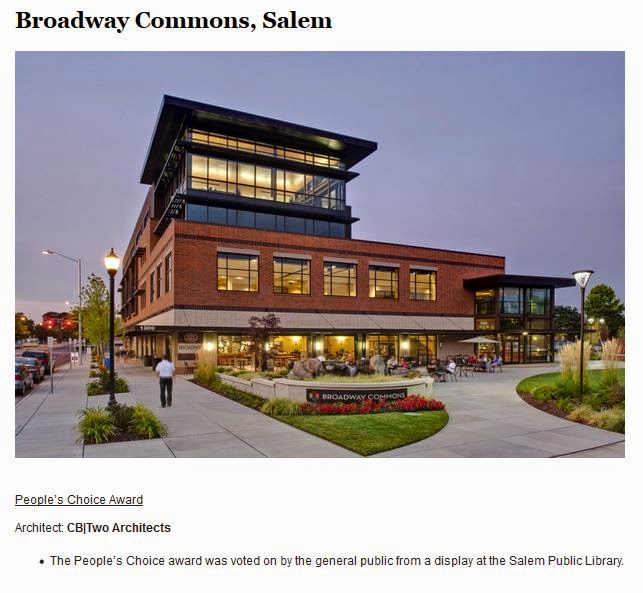 Broadway Commons won the "people's choice award," and it fits into the "urban fabric" far better than the CCBI. Between the plaza and the retail storefronts, it has a dynamic, active relation to the sidewalk. As this area continues to redevelop, it seems likely folks will continue to find new ways to use and interact with the building. It truly is a "strong urban fabric building."

The focus of the Community Development Block Grant and HOME funds isn't on transportation, so we shouldn't make too much of this. 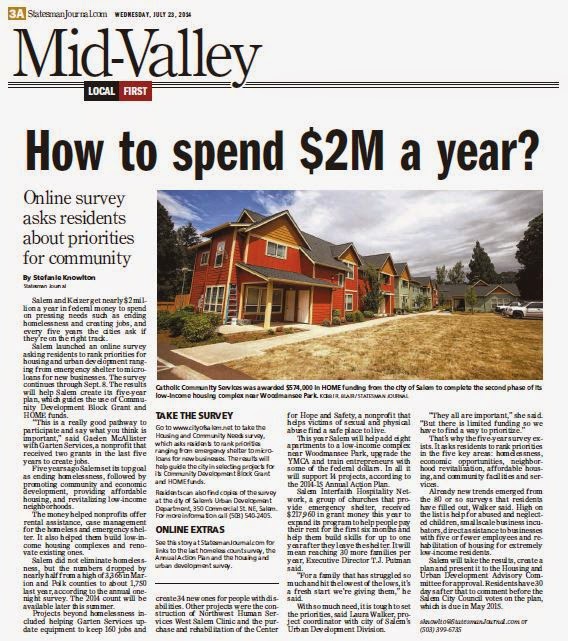 The City's got a survey out right now.

It asks a bunch of questions, a lot about housing, and asks folks to rank priorities, including a section on transportation-related infrastructure. 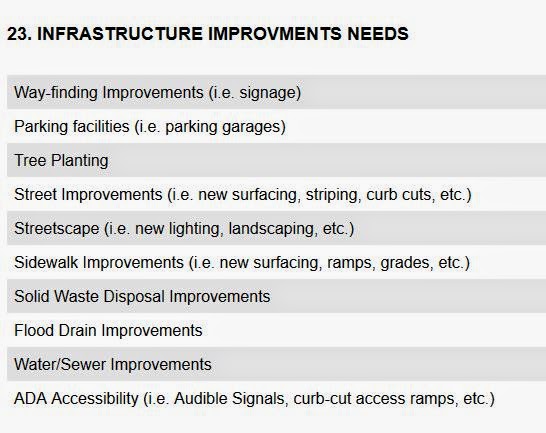 But it's almost like Bike and Walk Salem didn't exist! Or that having a robust multi-modal transportation system doesn't make it easier to eliminate one or more cars in a household and to save a significant chunk of family budget.

Though there's a bit on sidewalks, mostly it suffers from the default autoist bias. It treats transit, bikes, and even walking as secondary mobility choices, not as central ingredients on a full menu.
Posted by Salem Breakfast on Bikes at 8:30 AM