Almost three weeks ago now in an editorial about the third bridge, the paper alluded to what looks to be a substantial shift in our travel and mobility patterns.

"No one can predict how travel will change in the years before the third bridge is built. Neither do we know whether the project will prove financially feasible. But it would be foolish to sit still instead of planning as best we can." 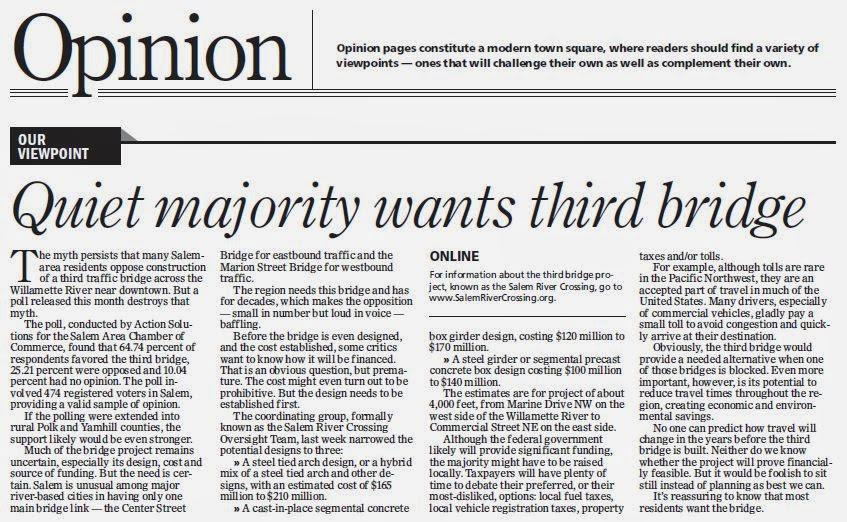 Uber was in town yesterday offering a taste of some of that change.

It was promoting its "sharing economy" taxi service. Folks who registered and used the app could get free ice cream delivered to them.

Salem's not probably going to be early in any way on the adoption curve for things like this. But since there are regulatory hurdles and legal frameworks still to develop, it makes sense to advertise in the State Capital. Statewide acceptance will help in places like Portland, where there is surely a greater demand.

From here, it is telling that in the background of the Uber ice cream truck is Cherriots and the transit center.

As Cherriots explores "flexible transit" for Keizer, West Salem, and South Salem, the Uber model leapfrogs the "rideshare" matching software and in just a few short years, it seems likely that there could be a suite of smart-phone enabled applications for things ranging from car pools, bus service, jitneys, full-on taxis. It will be easy, too, to price things with great variability: automate gas and insurance sharing for car pools all the way to deluxe white glove taxi curbside service.

I don't know that Uber is going to replace a lot of transit, but surely its model will exert a gravitational pull to reshape the way transit delivers its services. LoveSalem has mentioned this on more than one occasion.

Other technology and patterns aren't far off, either. The google car is approaching. Though they haven't taken off in the US, eBikes are super popular elsewhere in the world.

Modeling our future infrastructure needs on the Moses-Eisenhower School of Mid-Century Autoism is full of Peril and Wrong and Fail!

We don't know how many individual cars people are going to want or need, there's clear evidence that the number of car trips is flat and even decreasing, and it seems likely there will be increasing taxes or other costs associated with carbon and energy.