The New OPB Guide has a great picture of a bridge. 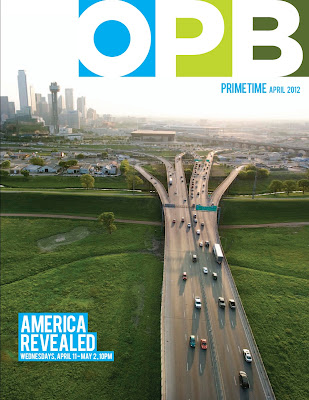 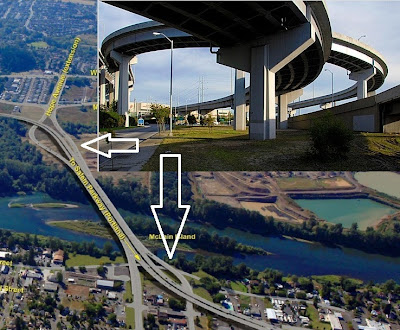 It really gets to the right scale and impact on the greenway and river.

We have another flooding event on the horizon, and it would be great to learn more about the direct impacts to the proposed path system in Minto Park.

According to the City, last month a city "engineer went out on Wed 2/22 and did not see any evidence of water on the berm" onto which the proposed Minto Bridge and path would land.

That was one whole month, however, after the flooding.

The river level is supposed to crest around 25 feet again on Sunday or Monday, and according to calculations which the City has checked and very clearly refused to say were in error, the path landing would be underwater at about 21 feet!

It's hard to square a difference of 7 or 8 feet (29 foot crest in January minus 21 foot landing elevation), but at least for the moment the City maintains the path landing would not have been under water.

In advance of a full survey, which the City will be undertaking and which will resolve this incoherence, the preliminary elevations from the City's own GIS system can easily be confirmed by inspection: On Monday, send someone out to see if the berm is underwater! Don't wait a month!

Anyone know anything about this?
Posted by Salem Breakfast on Bikes at 12:01 PM